Shenzen-based Chinese smartphone maker OnePlus has finally launched its OnePlus 6 in India on 17th May 2018. The handset was earlier unveiled at an event in London. The handset is being sold in three variants. 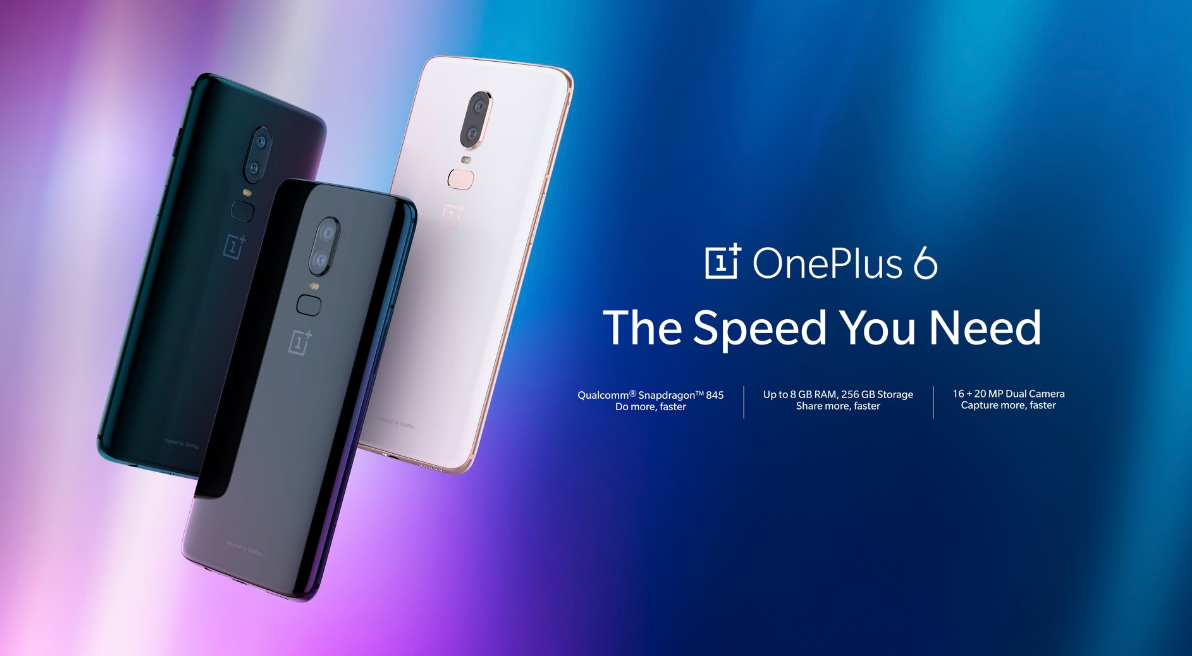 According to the company, “This is the fastest flagship experience OnePlus has ever created.”

The company has also launched an additional product– the OnePlus Bullets Wireless headphones. The earphones will be on sale from 5th June 2018.

The handset facilitates the legendary Dash Charging. The company states that the smartphone can last up to 5 hours on a charge of 10 minutes. The device is equipped with USB Type-C for connectivity and users will be able to connect Google Assistant just by pressing the center button for a long time.

The earphones also have magnetic control and have powerful 9.2mm audio drivers. The drivers have aptX support for better audio quality.

The handset has an all-glass design. It is nearly shatter-proof. It is built with Gorilla Glass 5 level protection. The device will be sold in Mirror Black, Midnight Black, and Silk White variants.

The smartphone is powered by Qualcomm’s octa-core 2.8 GHz Snapdragon 845, backed by an Adreno 630 GPU. The device will come in two RAM variants, 6GB and 8GB. Internal memory variants are 64GB, 128GB and 256GB. The smartphone will not support memory expansion.

In the camera department, the device sports a 20-megapixel and 16-megapixel dual-rear camera setup. It has an aperture rate of f/1.7. The cameras also sport OIS and EIS for better image quality. It has autofocus, dual-LED flash along with face detection. The device can record 4K videos too. The handset can record slow-motion videos at a frame rate of 480fps. The device also has a 16MP selfie shooter.

The handset is backed by a 3300mAh with Dash-Charge capability. It has face recognition applicability, which will apparently unlock the device in 0.4 seconds. it also has a fingerprint sensor rear-mounted. It runs on Android 8.1 Oreo OS with Oxygen OS. The phone is also water resistant. it supports dual-band Wi-Fi, Bluetooth 5.0 support, Type-C 1.0 connector etc.

Article Name
OnePlus 6 Finally Gets Launched In India, Sports An iPhone X-Like Notch
Description
Shenzen-based Chinese smartphone maker OnePlus has finally launched its OnePlus 6 in India on 17th May 2018. The handset was earlier unveiled at an event in London. The handset is being sold in three variants.
More related stories below: