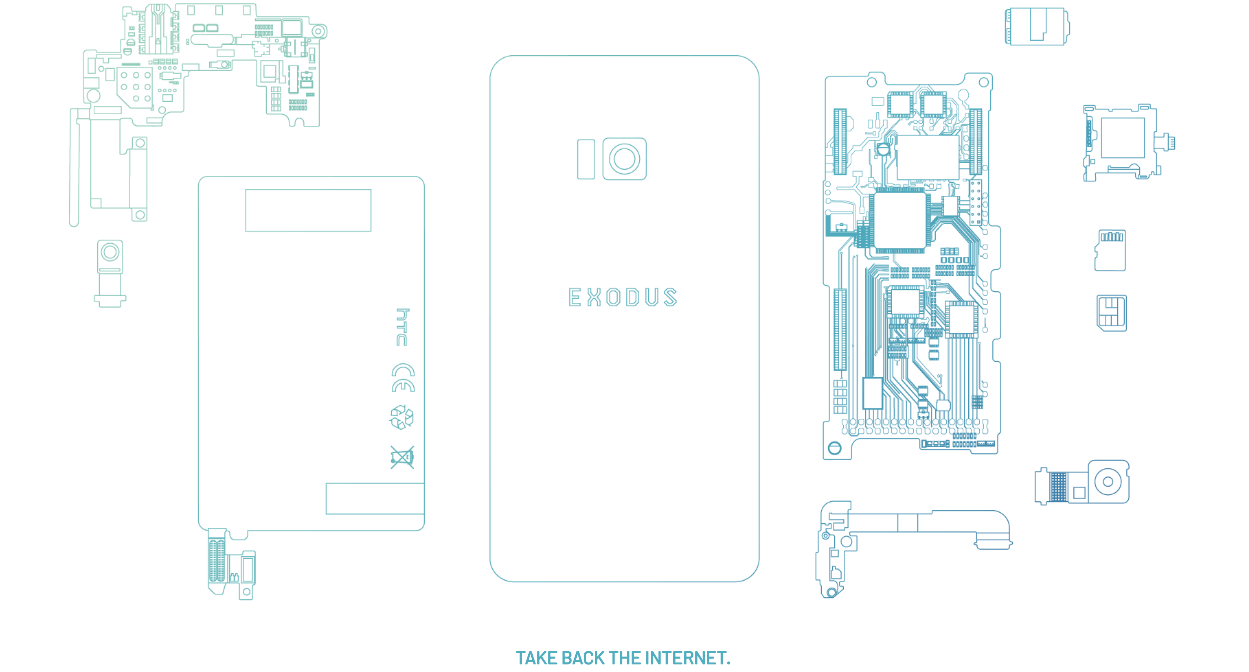 Earlier, a Swiss-based startup Sirin Labs claimed that they have launched the world’s first blockchain-powered smartphone. It has been called Finney.

According to HTC Vive co-founder Phil Chen, the HTC Exodus blockchain smartphone will be the “world’s first phone dedicated to decentralized applications and security”. In a blog post, he said, “I want to see a world where the end consumers can truly own their data (browsing history, identity, assets, wallets, emails, messaging, etc) without the need for central authorities. There is a lot of work ahead of us, but I believe the mobile hardware layer can contribute significantly to our new decentralized world.”

The device will leverage APIs and a hardware stack including the kernel and secure enclave to integrate various wallets.

According to the company, the smartphone will have its users ‘identity and data’ rather than a centralized cloud.

Along with HTC Exodus blockchain smartphone, the company revealed DApps. The company hopes that the handset should increase its user base of decentralized apps as it features a “streamlined user experience.” Information regarding the specs of the device hasn’t been revealed yet. The back of the device will probably be similar to other company phones. The HTC Exodus blockchain smartphone has a reservation form, which anybody can fill to receive information regarding the device.

Social networking platform Facebook is currently looking to create its own cryptocurrency. According to a Cheddar report, people linked to Facebook mentioned that the Facebook cryptocurrency plan would facilitate users to make electronic payments around the world. David Marcus (VP of Facebook Messenger) also said in a post, “I’m setting up a small group to explore how to best leverage Blockchain across Facebook, starting from scratch”. The blockchain is the ledger used by cryptocurrency services. Facebook also mentioned in a statement that they are exploring ways. This new small team will be exploring many different applications. We don’t have anything further to share”.

Blockchain’s global spending is predicted to reach $2.1 billion (approximately Rs. 1,41,52.4 crore) in 2018. This is more than double of the $945 million recorded in 2017, according to International Data Corporation. According to a Recode report, Facebook is setting up a team only for Blockchain technology. It is being reported that Marcus is also leaving his post to run the group.