Oppo has launched its latest smartphone, called the Oppo A59, in China. On design front, the phone flaunts its unibody metal design. Under the hood, it packs a 1.5GHz octa-core MediaTek MT6570 processor paired with Mali-T860 GPU. It features a 5.5-inch HD display with 1280 x 720 pixels resolution and 267ppi pixel density. 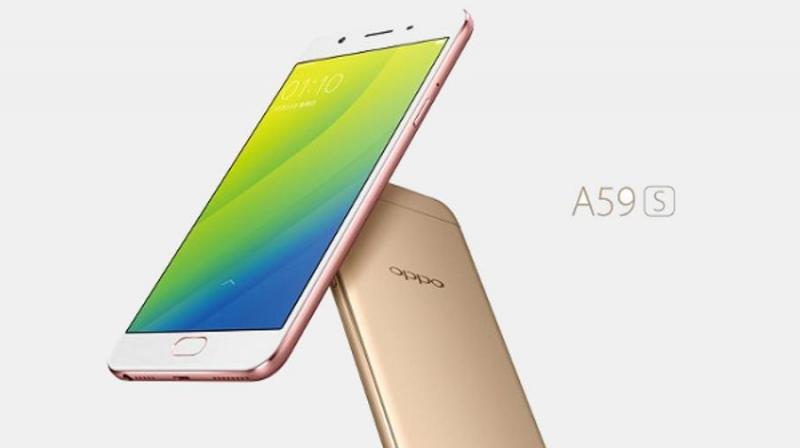 The Oppo A59s houses 4GB of RAM and 32GB of internal memory and supports expandable storage up to 128GB via microSD card. On the software front, the device runs Android 5.1 Lollipop operating system wrapped under ColorOS 3.0 UI. The smartphone features a fingerprint sensor embedded into the home button for enhanced security.

For the photography buffs, it sports a 13 mega pixel primary camera with LED flash and f/2.0 aperture. There is also a 16 mega pixel front shooter for capturing selfies and making video calls. Backed up by a 3075mAh battery, the handset supports VOOC flash charge technology.

The Oppo A59s carries a price tag of 1999 Yuan (approximately Rs. 19,800) and will be available in Gold and Rose Gold color options. There is no word on global roll out of the phone as of now.