Panasonic has officially launched a new Eluga series smartphone in the Indian market. The new Panasonic Eluga I5 will be exclusively available via Flipkart. It comes with features like Android Nougat OS and 4G VoLTE support. Read more to find about Panasonic Eluga I5 Price in India, Specifications, and Features

The Panasonic Eluga I5 is priced in India at Rs 6,499. It will be exclusively available in the country via Flipkart.

Also read: OnePlus 5T To Cost Same As OnePlus 5 – All We Know So Far

The Panasonic Eluga I5 features a 5.0-inch display with HD (720 x 1280 pixels) resolution and 2.5D curved Asahi Dragontrail glass protection. It is powered by an octa-core MediaTek MT6737 processor and 2GB RAM. The 16GB internal storage can be further expanded via a microSD card (up to 128GB).

In terms of optics, the Eluga I5 will sport a 13-megapixel rear camera with a five-piece lens, f/2.2 aperture, and an LED flash. The smartphone also features a 5-megapixel front camera with a three-piece lens. It is backed by a 2,500mAh non-removable battery.

The Panasonic Eluga I5 features a metal body design. It measures 143 x 71 x 7.5mm and weighs 145.5 grams. A fingerprint sensor is placed on the rear panel. Sensors on the device include an accelerometer, ambient light sensor, and a proximity sensor. The Panasonic Eluga I5 will be available in India in two color options – gold and black. 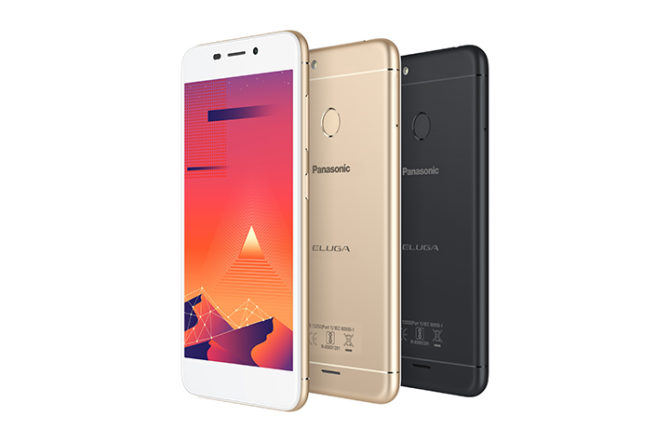 Also read: Panasonic Eluga A4 Launched With 5000mAh Battery – All You Need To Know

Recently, Panasonic had launched the Eluga A4 smartphone in India at Rs 12,490. The USP of the handset is its huge 5,000mAh battery. The Eluga A4 features a 5.2-inch display with HD resolution and a 2.5D protective glass. It is powered by a 1.25GHz quad-core processor along with 3GB RAM and 32GB internal storage (expandable). In terms of optics, the Panasonic Eluga A4 sports a 13-megapixel rear camera, and a 5-megapixel front camera.