Panasonic has added a new interchangeable lens camera to its high-end Micro Four Thirds lineup. The new Panasonic Lumix G9 is aimed at still photographers (unlike the video-centric GH5). The Japanese company claims that the new camera is designed for speed, durability, and versatility. It comes with an ultra-fast, 60fps burst shot speed and an improved five-axis in-body image stabilization. Read more to find about Panasonic Lumix G9 Price in India, Specifications, and Features 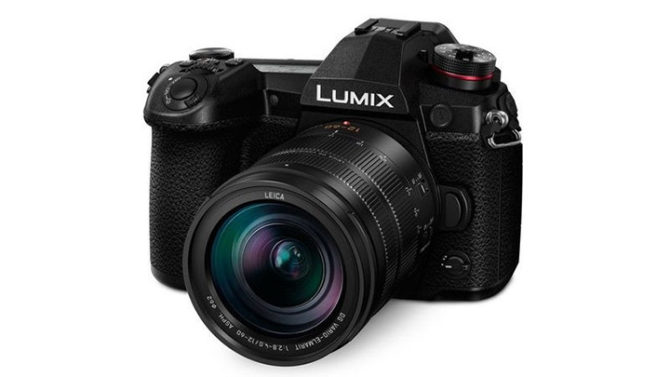 The Panasonic Lumix G9 is priced at $1,699 (approx Rs 1,10,300) for body-only. The new flagship camera will be available starting January 2018. As of now, there is no information about an Indian price or launch date.

The new Lumix G9 features the same 20.3MP CMOS sensor as the GH5. It is capable of a producing a maximum output of 5184 x 3888 pixels. An 80MP High-Res Mode allows you allows you to have 80 megapixels (equivalent) images in both JPEG and RAW formats. Basically, the camera captures eight images while shifting the sensor and combines them for better results. The sensor has an ISO range of 200-25600, expandable to 100-25600. The 20.3-megapixel Micro Four Thirds image sensor is accompanied by a Venus engine. The new camera offers 60fps burst speed in AF-S mode (fixed focus) and 20fps in continuous AF-C. It uses the built-in electronic shutter to lock objects. Both the modes allow you to capture up to 50 RAW or JPEG images. Additionally, you can use the mechanical shutter to captures 600 JPEG or 60 RAW files at up to 9fps continuous AF.

The Lumix G9 is being touted to have ‘the world’s fastest’ speed in its class (0.04 seconds using 225 AF points). The AF system uses a technology known as DFD (Depth From Defocus) which ‘calculates the distance to the subject by evaluating two images with different sharpness levels while instantly consulting the optical characteristics data of the current lens.‘ AF modes include Face/Eye Recognition, Tracking AF, 1-area AF, and Pinpoint AF.