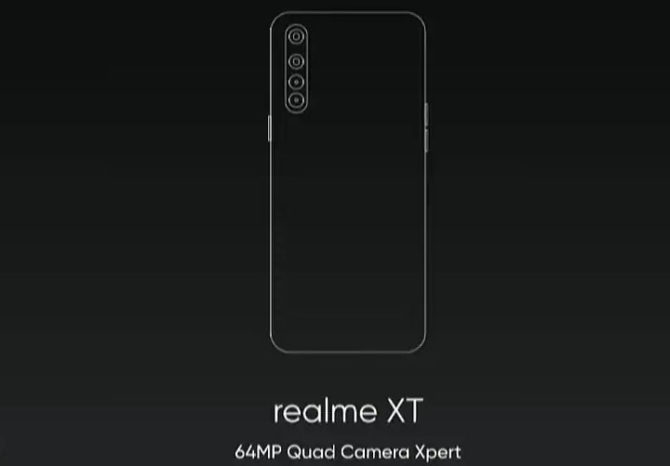 The Realme XT is expected to be launched by the end of next month. It is being touted to be a ‘complete expert’ in its price segment.

According to recent reports and leaks, the Realme XT will sport a quad-camera set up on the back. It will include a 64-megapixel Samsung ISOCELL Bright GW1 sensor (unveiled ion May this year).

The new sensor produces sharp and bright 16-megapixel images in low-light conditions. It merges four pixels into one using an in-house Tetracell technology.

The upcoming handset is tipped to be powered by a Snapdragon 712 processor and a 4,000mAh battery.  It will also reportedly come equipped with a 32-megapixel selfie camera.

Additionally, the Realme XT Pro is tipped to come with a 6.4-inch Samsung-made AMOLED display with a Full-HD+ resolution (1,080 x 2,340 pixels) and a waterdrop-shaped notch. It will reportedly be powered by the Snapdragon 730G processor along with 8GB RAM and 128GB internal storage.

Samsung and Xiaomi are also working on a 64-megapixel camera smartphone. We will have to wait and see which of three arrives first in the market.tions.

The dual-SIM smartphones feature a quad-camera setup on the back. A fingerprint sensor is also placed on the rear panel. Sensors on the device include an accelerometer, ambient light sensor, gyroscope, a magnetometer, and a proximity sensor.

What do you think of the specs of new Realme XT smartphone? Share your views with us in the comments section below.