Xiaomi was expected to revive its Note series of smartphones with Redmi Note 5. However, new reports claim that the Chinese company has already replaced the highly anticipated smartphone with the Xioami Redmi 5 Plus. The Redmi 5 Plus was launched earlier this month (alongside the Redmi 5). Read more to find about Has Xiaomi Replaced Its Redmi Note 5 With Redmi 5 Plus? 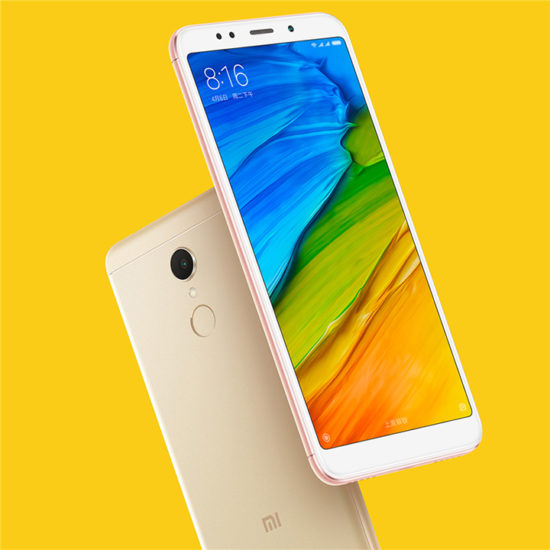 The Xiaomi Redmi Note 4 in India back in January this year. So far it has sold over five million units in the country. It was expected to be followed by a Xiaomi Redmi Note 5. However, as per an MIUI Forum Moderator, the company does not plan to bring any such devices. It claims that Xiaomi has dropped the Redmi Note name altogether form their 5.7-inch budget smartphones.

Apparently, the Redmi Note 5 has been replaced by Redmi 5 Plus. The recently launched smartphone has taken the Note 5’s place in the company’s lineup. As of now, Xiaomi has not confirmed or denied any such development. So, the above-mentioned news should be taken with a pinch of salt.

Also read: Gionee A1 Plus, A1 Lite Receive Price Cuts In India – All You Need To Know

Previously, the Xiaomi Redmi Note 5 was said to feature an edge-to-edge display with thin bezels. It was rumored to come in multiple storage/RAM options. According to the recent rumors, the Redmi Note 5 might feature a 5.99-inch 2.5D curved glass display with Full HD+ resolution (2160 x 1080 pixels). It was said to be powered by a 2.0GHz Qualcomm Snapdragon 625 processor. The internal storage could be further expanded via micro SD card (up to 128GB).

On the camera front, the Redmi Note 5 was tipped to feature a 16-megapixel rear camera with dual-tone LED flash and a 5-megapixel front camera. Previous reports had hinted at a dual-camera setup (16MP + 5MP) on the back and a 12-megapixel front camera. It was expected to be backed by a 4,000mAh non-removable battery with Quick Charge 3.0 technology.

The above-mentioned specs are quite similar to the recently launched Xiaomi Redmi 5 Plus. So, Xiaomi might have already launched the new Note smartphone.

Also read: Nokia 9 Now Gets FCC Certification – Here’s All We Know So Far