As a part of Holi Celebration offer, Reliance has announced price drop for its existing smartphones. The LYF phones that will receive price cut are- Earth 1, Water 1, Water 2, Flame 1 and Wind 6.

The company has also announced addition of three new smartphones to the LYF portfolio, namely, Flame 2, Wind 4 and Water 7. The company was planning to launch these devices in later half of March, but these new phones will now be available to buy across retail stores in the next few days. 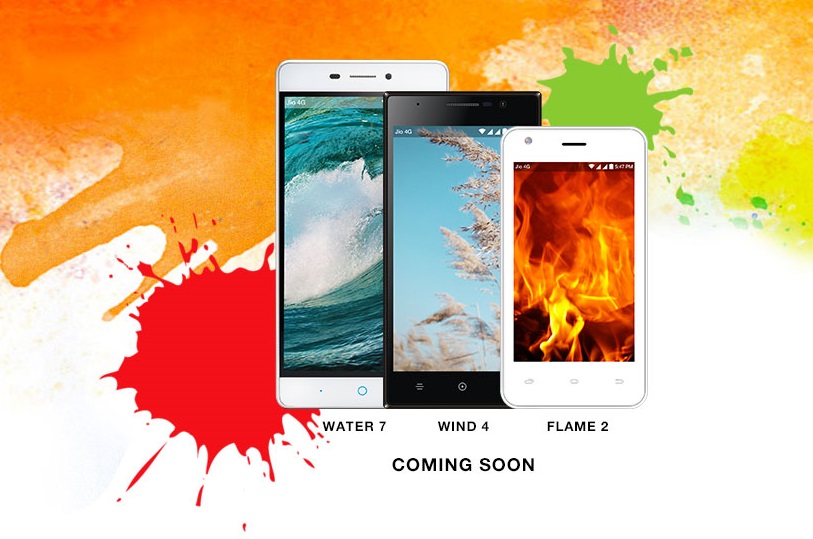 With the launch of three new models, the LYF portfolio now consists of 8 phones with price starting from Rs. 4,999. Out of the three new models announced today, the cheapest one is the Flame 2 which carries price tag of Rs. 4999. It comes with 4G LTE support with VoLTE.

The LYF Wind 4 is backed up by a 4000 mAh battery while Water 7 features an optical fingerprint sensor for additional security. The details on specifications and features of the new models are scarce as of now. Looking at the images, however, the Flame 2 seems to be an affordable smartphone with 4-inch display. Other two phones are larger than the Flame 2, with Water 7 featuring the largest display among the three.

The new models in Reliance’s LYF series, will go on sale across retail stores in the country in the next few days. The prices of new additions in the LYF series have not been revealed except for Flame 2, which carries price tag of Rs. 4,999.