Samsung is all set to launch an upgrade of its Galaxy A70 smartphone. The Galaxy A70S is expected to be the world’s first phone with a 64MP camera. It is expected to sport an in-house ISOCELL Bright GW1 sensor. Additional features will include an Infinity-U Display and a triple rear camera. Read more to find about Samsung Galaxy A70S Price in India, Specifications, and Features 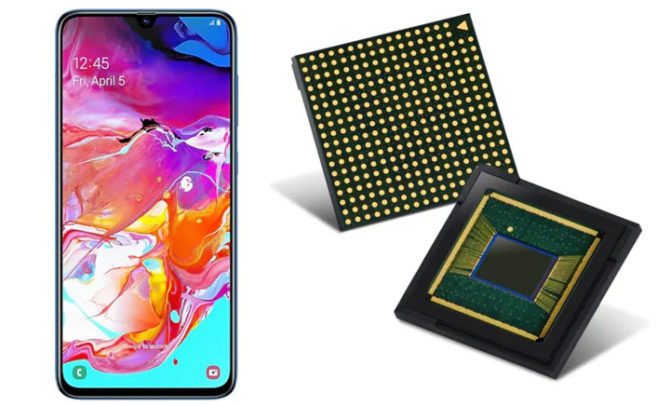 The Samsung Galaxy A70S is expected to come this month itself. As of now, there is no information about its price tag. The Galaxy A70 is priced in India at Rs 28,990.

According to recent reports and leaks, Samsung is all set to launch a special Galaxy A-series smartphone. It is expected to be an upgraded version of the Samsung Galaxy A70.

The Samsung Galaxy A70S is tipped to feature a 64-megapixel camera with the company’s in-house ISOCELL Bright GW1 sensor (introduced in May this year). The new sensor allows you to capture 16-megapixel images in low-light conditions via the company’s Tetracell technology.

Other specs and features will be the same as the existing Galaxy A70 smartphone. More details will be emerging n the coming weeks. Bookmark this page to stay updated.

The new smartphone is powered by a 2.0GHz octa-core Snapdragon 675 processor along with Adreno 612 GPU and 6GB/ 8GB RAM. The 128GB internal storage can be further expanded via a microSD card (up to 512GB). The Samsung Galaxy A70 runs on Android 9 Pie operating system with the company’s One UI on top. The dual-SIM smartphone features a 6.7-inch Super AMOLED Infinity-U display with full-HD+ (1080 x 2400 pixels) resolution and a 20:9 aspect ratio. It comes with an in-display fingerprint sensor and ‘Face Unlock’ feature.

The 64-megapixel camera seems to be an upcoming trend in the smartphone market. Realme and Redmi are also expected to launch devices with a 64-megapixel sensor. Since there isn’t an exact launch date all three handsets, w will have to wait and see which smartphone makes to the market first.

What do you think of the specs and features of the Samsung Galaxy A70S? Share your views with us in the comments section below.