Samsung has released two new Galaxy smartphones in South Korea. The new Galaxy A8 (2018) and A8 Plus (2018) come with Infinity Display and dual front cameras. The new mid-range smartphones are expected to hit global markets in coming months. Read more to find about Samsung Galaxy A8 (2018), A8 Plus (2018) Price in India, Specifications, and Features 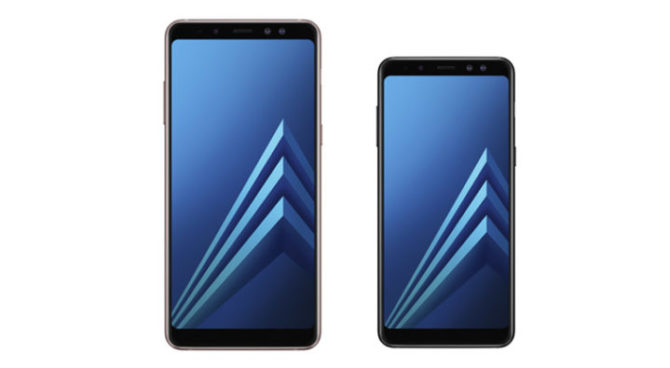 While the Samsung Galaxy A8 (2018) and A8 Plus (2018) have been officially been announced in South Korea, the company is yet to reveal an India pricing and launch date.

Both handsets are powered by an octa-core processor and 4GB RAM. Users can choose from two storage options – 32GB and 64GB. You can use a microSD card slot to further expand the storage (up to 256GB). While the Galaxy A8 is backed by a 3000mAh battery, the A8 Plus comes with a 3500mAh battery. Both devices support fast charging.

In terms of optics, both smartphones feature dual front cameras. The camera setup combines a 16-megapixel primary sensor with an 8-megapixel secondary sensor. Both sensors come with f/1.9 aperture. Additionally, Samsung has added a Live Focus feature (seen in the Galaxy Note 8) that allows you to adjust the bokeh effect before and after taking a picture.

Also read: LG V30+ India Launched In India – All You Need To Know

The new handsets sport curved glass design (on the back and front) along with a metal frame. Both come in four color options – Black, Orchid Grey, Gold, and Blue. A fingerprint scanner is placed on the back. Sensors on the Galaxy A8 series include Accelerometer, Barometer, Gyro sensor, Geomagnetic sensor, Hall sensor, Proximity sensor and RGB Light sensor.

The Galaxy A8(2018) and A8 Plus (2018) offer some of the best Samsung features. The Dual Front Camera with Live Focus is a first for Galaxy A series. Both devices also sport the Always On Display. Additional features include support for Samsung Pay, Magnetic Secure Transmission (MST) and Near Field Communication (NFC). The new handsets also support Samsung Gear VR headset.