Samsung has announced the launch of a new smartphone at an event in China. Called the Samsung Galaxy A9, it is the latest smartphone in Samsung’s Galaxy A series with top-notch specifications.

On aesthetics front, the phone flaunts its metal and glass design and ultra-slim bezels with 2.74mm thickness. The glass back and metal frame design with narrow bezels is reminiscent of the Galaxy A7 (2016) and Galaxy A5 (2016) smartphones. The phone also features fingerprint scanner integrated into physical home button for additional security. 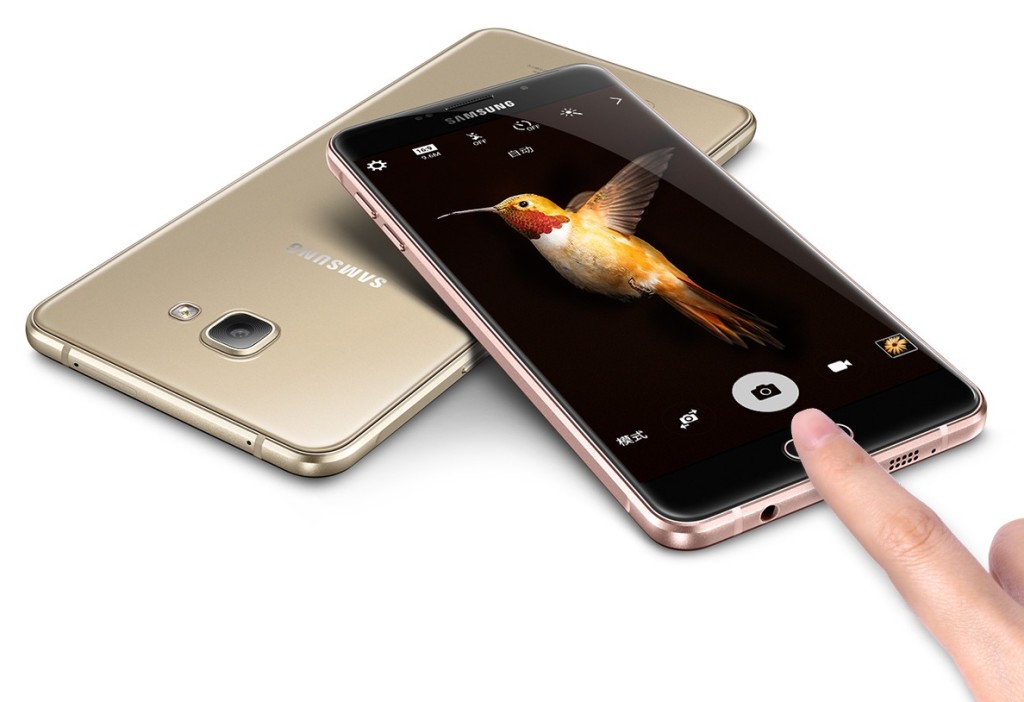 The Galaxy A9 is powered by a 64-bit octa-core Qualcomm Snapdragon 652 processor paired with 3GB of RAM. Running Android 5.1 Lollipop operating system wrapped under TouchWiz UI, it features a 6-inch full HD display with 1920×1080 pixels resolution.

On camera front, it sports a 13 mega pixel rear camera with LED flash, f/1.9 aperture and OIS (Optical Image Stabilization) and an 8 mega pixel front facing camera. It houses 32GB of internal memory which can be expanded up to 128GB via microSD card. Backed up by a 4000mAh battery, it supports Quick Charge technology.

Specifications & Features Of Samsung Galaxy A9

There is no word on pricing and availability of the Samsung Galaxy A9 as of now. We expect Samsung to reveal the details in the coming days.

Samsung also unveiled second generation of its A series of smartphones, dubbed the Samsung Galaxy A3 (2016), Galaxy A5 (2016) and Galaxy A7 (2016) earlier this month. While there is no word on pricing of the phones, they are likely to go on sale in China in December 2015 followed by global markets.