Samsung made official its new mid-range device named Samsung Galaxy Ace Style. There is not much details about the availability and pricing of device rather than specifications. The processor manufacture is unknown yet, it housed a dual core processor. The smartphone has only 512MB RAM along with latest Android 4.4.2 Kitkat. So the 512MB RAM may be sufficient enough for a device like this as its running KitKat. The smartphone has nothing new if we consider specifications rather than latest operating system. The smartphone announced  in Cream White and Dark Gray colors. 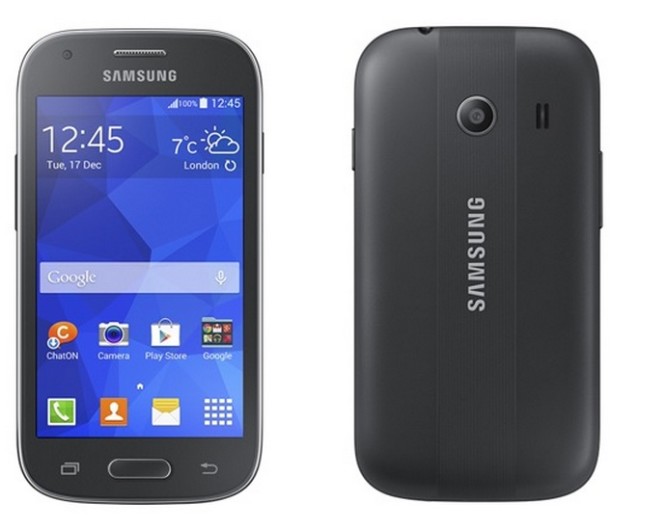 The Samsung Galaxy Ace Style has 4-inch WVGA screen along with 480*800 pixel display. The smartphone follow the same traditional Samsung smartphone design that we have seen until now. The Galaxy Ace Style has `.2GHz Dual core processor, the manufacture of processor is unknown. There is 512MB RAM in device. The hero point of this device, it’s running on Android 4.4.2 KitKat operating system which is still rare in Android devices although the percentage of KitKat is growing fast. We can expect more companies will come with smartphone with latest OS installed.

At back of smartphone there is a 5-megapixel autofocus camera along with a VGA front facing camera for video calling and self-portrait.  There is 4GB internal storage along with memory card support up to 64GB.

On the connectivity front, the Samsung Galaxy Ace Style is a single SIM smartphone. Other features are Wi-Fi, Bluetooth, 2G, 3G and USB as well. The smartphone has 1500mAh battery.