Samsung launched its much-awaited foldable smartphone in February this year. It comes with a 7.3-inch Infinity Flex display and a 4.6-inch secondary screen. However, after damage reports, the company retrieved all Galaxy Fold sample units. Now, it is back. Read more to find about Samsung Galaxy Fold Price in India, Specifications, and Features 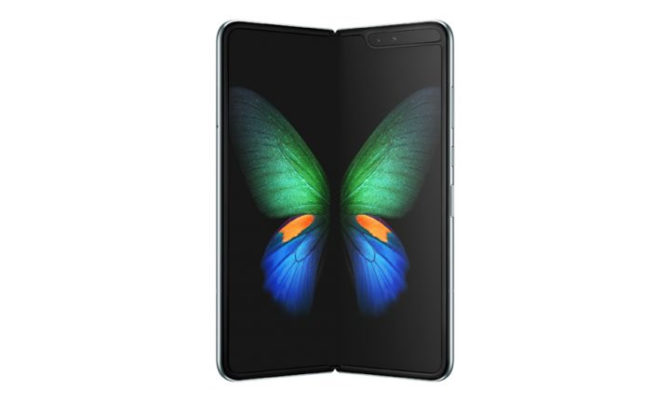 The Samsung Galaxy Fold is priced in India at Rs 1,64,999. It comes in a Cosmos Black colour option. Shipping starts from October 20.

You can pre-book the foldable smartphone from Octopber 4 via the Samsung eShop and 315 offline outlets (across 35 cities).

During original laucnh cycle, several sample units of the foldable smartphone were reported to have suffered damage to their displays (from ‘completely broken and unusable’ to the appearance of a ‘small bulge’).

Pending investigation, Samsung started retrieving all Galaxy Fold sample units. The launch event was postponed for an unspecified period of time. Now, Kim-Seong-Cheol (Vice President, Samsung Display) has confirmed that ‘most of the display problems have been fixed’. 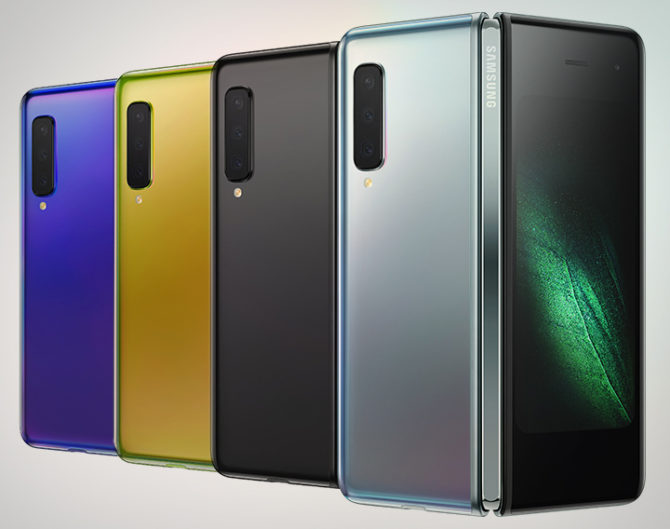 The Samsung Galaxy Fold is powered by an unspecified processor (based on the 7nm process) along with 12GB RAM and 512GB internal storage (UFS 3.0). It is backed by two batteries (placed on two sides of the phone) with a total capacity of 4,380mAh battery.

The new handset sports a total of six cameras (three on back + two on the inside + one on the front). Samsung claims that the users will be able to take a picture, no matter how you are holding the smartphone. 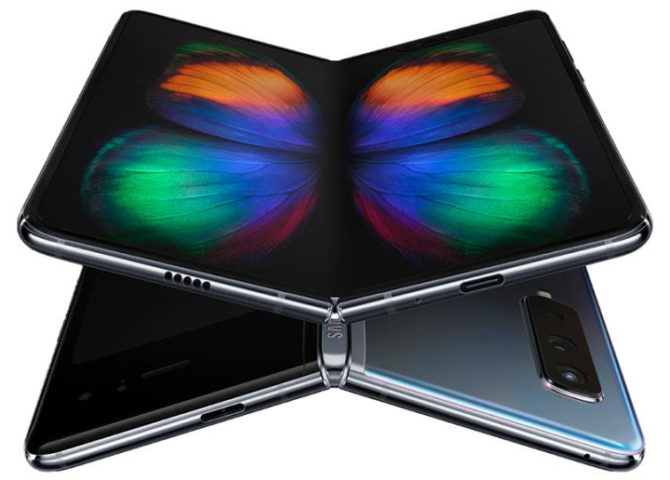 The foldable smartphone sports a 7.3-inch Infinity Flex Dynamic AMOLED panel with a resolution of 1536 x 2152 pixels and 4.2:3 aspect ratio. The secondary 4.6-inch Super AMOLED display comes with a 21:9 aspect ratio and a resolution of 840 x 1960 pixels.

The folding mechanism includes a sophisticated hinge which uses interlocking gears. The hinge is cleverly hidden in the body of the smartphone. It is not visible at all on the outside.

The redesigned Samsung Galaxy Fold features a rim around the interior surface to protect the screen. It also covers the edges of the layers that were mistakenly peeled of during the original launch cycle.

The new Samsung Galaxy Fold comes with protective stoppers at the top and bottom of the hinge barrel. This prevents small particles from making their way inside or under the panel itself.

The Samsung Galaxy Fold runs Android 9 Pie operating system with several customizations. Users will be able to run three apps simultaneously. An App Continuity feature allows a seamless transition from the smaller screen to the larger one and vice versa. Apps like WhatsApp, YouTube, and Microsoft Office have already been optimized to work on the flexible device.

With Samsung Fold and Huawei Mate X, foldable devices seem to be the latest trend in the smartphone market. Last year, Royole FlexPai was launched as the world’s first foldable smartphone. Reportedly, Xiaomi, Lenovo, and LG are also working on foldable smartphones. We might even see a foldable iPhone.

What do you think of the price and specs of the Samsung Galaxy Fold? Are you excited about the new foldable design? Share your views with us in the comments section below.