Samsung Galaxy Grand Neo is going to launch next week in India. However, an online retailor TheMobileStore has listed it on its website and priced it INR 18,299.  The smartphone has 1 year manufacturer warranty, and it will shipped in 1-2 business days as listed on the website. The smartphone also available on EMI options too on TheMobileStore. The smartphone is not officially launched yet but as it is get listed online, one can but it from here. 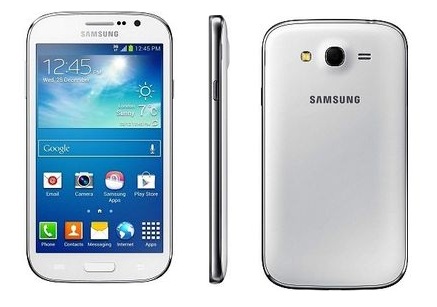 The Samsung Galaxy Grand Neo is 9.6mm thin and 163 gram in weight. It has 5.01-inch WVGA display along with 480*800 pixel resolution. It has quad core Cortex A7 processor clocking at 1.2GHz speed. There is 1GB RAM inside it. It runs on Android 4.2 jelly bean operating system.

There is a 5-megapixel auto focus camera at back with LED flash. There is a VGA front facing camera too at front. Samsung Galaxy Grand Neo has 8/16GB internal storage. With memory card support you can expand its memory up to 32GB.

On the connectivity front, it has latest Bluetooth 4.0 along with Wi-Fi ,2G and 3G. There is 2100mAh battery inside it. According to TheMobileStore, it can power up the device up to 430 hours and has talk time of 11 hours.