Samsung is reportedly working on the successor of Galaxy Grand Prime, called the Samsung Galaxy Grand Prime 2016. The device has appeared on benchmarking website GeekBench revealing its specifications and features. 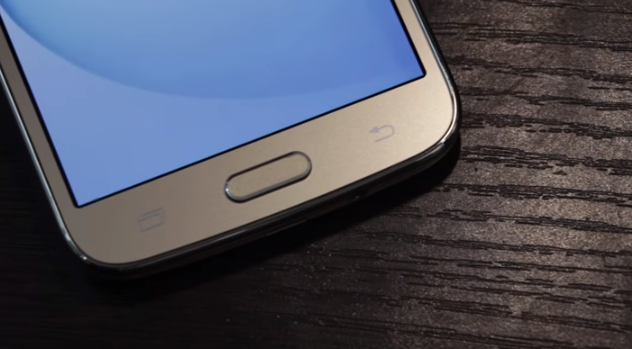 As per the GeekBench listing, the Galaxy Grand Prime 2016 will feature a 5-inch display with 1280×720 pixels resolution. It will pack a 1.44GHz quad-core processor paired with 1.5GB of RAM. On storage front, the phone will run Android 6.0.1 Marshmallow operating system. The listing also reveals single test score of the phone as 599 and multi-core score as 1790. Rest of the specifications of the upcoming Galaxy phone are scarce as of now and are expected to be revealed soon. 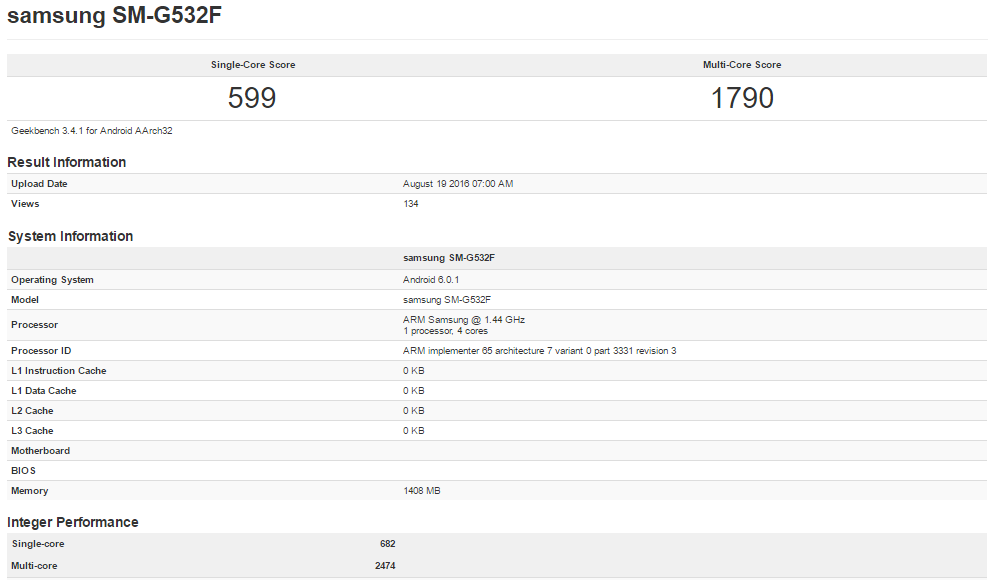 Earlier this month, alleged Samsung Galaxy Grand Prime 2016 with model number SM-G532F was spotted listed on Indian import-export website Zauba. The Zauba listing however, did not reveal much information about the phone.

To recall, the Galaxy Grand Prime was launched in India in October 2014. It comes with quad-core Snapdragon 400 processor clocked at 1.2GHz paired with 1GB of RAM. The phone features a 5-inch qHD display with 960×540 resolution. On imaging front, it sports an 8 mega pixel primary camera with LED flash and a 5 mega pixel front facing camera for capturing selfies and making video calls. As for storage, the smartphone houses 8GB of internal memory and supports expandable storage up to 64GB using microSD card. Powering the phone is a 2600 mAh battery unit.

There is no word yet on pricing and availability of Samsung Galaxy Grand Prime 2016. More details are likely to be announced in the coming days. Stay tuned with us for more developments on this story!