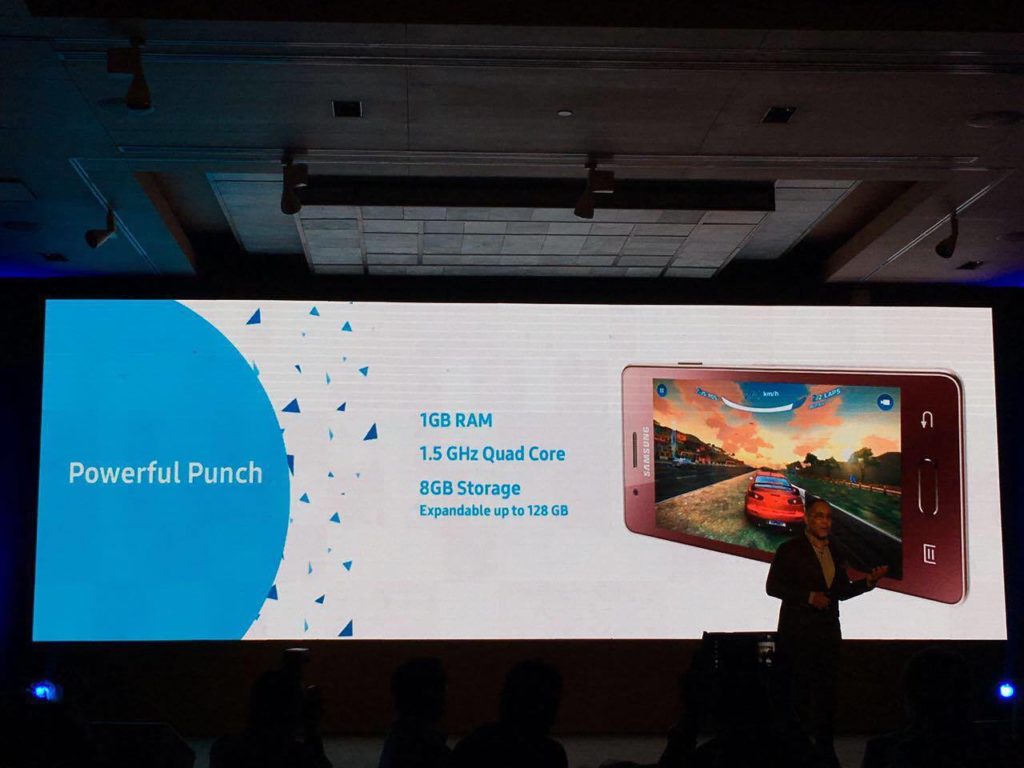 As for specifications, the Z2 comes features a 4-inch WVGA display and runs Tizen OS 2.4 operating system. Under the hood, it packs a 1.5GHz quad-core operating system paired with 1GB of RAM. It houses 8GB of internal memory which can be expanded up to 128GB using microSD card. Connectivity options which the dual SIM handset offers, include 4G with VoLTE, Wi-Fi, Bluetooth and GPS. It is backed up by a 1500mAh battery which is claimed to deliver up to 8 hours of 4G browsing time.

The phone also comes pre-loaded with S Bike mode and Ultra Power Saving mode. The S Bike mode turns the phone into a bikers phone to avoid distraction. It avoids distraction of the bikers due to incoming calls and helps them to concentrate better on the road.

The Samsung Z2 is priced at Rs. 4,590 and will be available to buy online from Paytm and offline from Samsung Retail footprint starting August 29. The phone comes with Jio Preview offer with unlimited access to voice and data for 90 days.