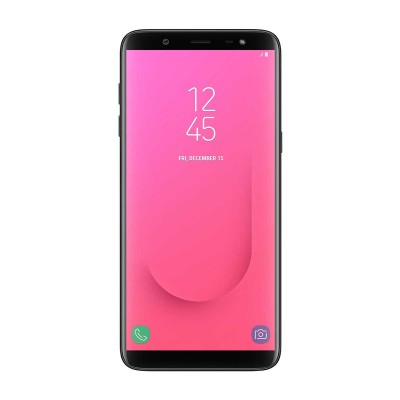 The Galaxy J8 is a dual-Nano SIM device. It runs Samsung Experience on top of Android 8.0 Oreo. The handset is built with a 6-inch full HD+ Super AMOLED Infinity Display. It has an 18:5:9 aspect ratio. The handset is built with Qualcomm’s octa-core Snapdragon 450 SoC, backed with 4GB RAM. The smartphone has 64GB internal storage. It can be expanded to 256GB via a microSD card.

The device has a dual-rear camera setup. It has a 16MP sensor and a 5MP secondary sensor. Up front, the handset has a 16MP camera. It is of an aperture of f/1.9. Both the setups have a single LED flash. The handset supports 4G VoLTE, Bluetooth, GPS/A-GPS, micro-USB port and a 3.5mm headphone jack.

The Galaxy J6+ is also powered by a 1.4GHz quad-core Qualcomm Snapdragon 425 processor along with 4GB RAM and 64GB internal storage. In terms of optics, the new smartphone sports a dual camera setup on the back. It combines a 13-megapixel primary sensor (f/1.9 aperture) and a 5-megapixel secondary sensor (f/2.2 aperture). The 8-megapixel front camera comes with f/1.9 aperture.

The new handset sports a 6.0-inch Infinity Display with HD+ (720 x 1480 pixels) resolution and an 18.5:9 aspect ratio. It measures 161.4 x 76.9 x 7.9mm and weighs 178 grams. Sensors on the device include an accelerometer, ambient light sensor, geomagnetic sensor, gyroscope, a proximity sensor, and a side-mounted fingerprint sensor.

Article Name
Samsung Galaxy J8 Sale Begins In India
Description
South Korean tech giant Samsung launched its Galaxy J8 with the J6 in India, on 21st May 2018. The Samsung Galaxy J8 is a mid-range handset and is built with Infinity Display design. It is also equipped with Android 8.0 Oreo out-of-the-box.
More related stories below: