Earlier this year, Samsung launched multiple Galaxy M-Series smartphones in India. Now, the Samsung Galaxy M40 is all set to join the Galaxy M30, Galaxy M20, and Galaxy M10. It is tipped to come with 128GB internal storage and a large 5,000mAh battery. Read more to find about Samsung Galaxy M40 Price in India, Specifications, and Features 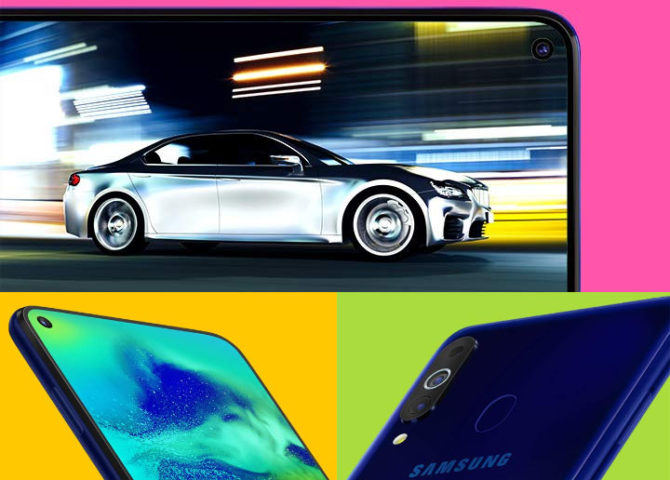 The Samsung Galaxy M40 will be launched in India on June 11 via Amazon India. The South Korean tech giant has already started teasing the upcoming device. It is expected to be priced around Rs 20,000.

According to recent leaks and rumors, the Samsung Galaxy M40 will run Android 9 Pie OS out of the box with One UI on top. It is claimed to be powered by a Qualcomm Snapdragon 675 processor along with 6GB RAM and 128GB internal storage.

The upcoming handset is expected to sport a Super AMOLED Infinity-O display with a punch hole. It is also the company’s first model to have a ‘Screen Sound’ technology. Instead of an earpiece, it uses audio vibrations (coming directly from the display).

The new smartphone is said to be backed by a huge 5,000mAh battery. Additional highlights include dual-band Wi-Fi, a fingerprint sensor, triple rear camera setup (with a single LED flash), and a 32MP selfie camera.

More details are likely to emerge in the coming days. Bookmark this page to stay updated.

Recently, Samsung announced that the Galaxy M20 and Galaxy M10 smartphones were a complete sell-out on Amazon India. Both devices made a new first-day sale record for the South Korean tech giant.

On the other hand, the Samsung Galaxy M30 is powered by an octa-core Exynos 7904 processor and 4GB/ 6GB LPDDR4x RAM. The 64GB/ 128GB internal storage can be further expanded via a microSD card (up to 512GB). The 5,000mAh battery supports fast charging via the bundled 15W charger.

The dual-SIM smartphone sports a 6.4-inch Super AMOLED Infinity-U Display with a full-HD+ resolution, 19.5:9 aspect ratio, and a waterdrop-shaped notch.  Additional features include a rear-mounted fingerprint scanner, a Face Unlock feature, and a USB Type-C port.