Samsung has launched the Galaxy Mega smartphones with 5.8-inch and 6.3-inch display in India today at a special media event in New Delhi. The smartphones are priced at Rs 25,100 and Rs 31,490 respectively and are bundled with special plans from Vodafone.

Firstly, lets have a look at the specifications of the Galaxy Mega smartphones. 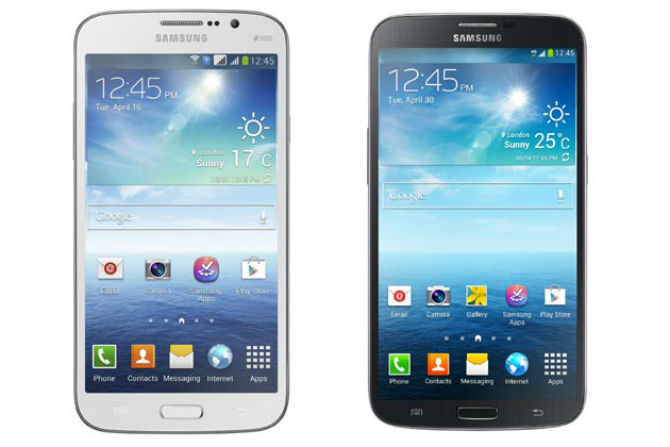 The Galaxy Mega smartphones not only pack impressive hardware specs but also come with sufficient software features to offer a superior and enriched user experience. Have a look at some of them below.

The Group Play enables users to share content to up to eight devices that are connected to the same Wi-Fi network.

The WatchON feature transforms the smartphone into an IR remote controller and thereby offers a rich TV viewing experience. Users can connect the Galaxy Mega to their home entertainment system and also get the program recommendations, schedules and control the TV using their smartphone.

The S Translator will translate the text or voice on email and ChatON instantly.

ChatON is well known for its ability of sending multimedia content and files to users in any part of the world.

This feature allows users to stream photos, videos, notes, or music to their television, tablet or computer.

The Air View feature, which initially debuted in Galaxy Note 2 allows users to preview information in emails, photos in Gallery, and speed dial contacts just by hovering the finger on top of the display and not touching it.

This camera feature merges several continuous shots of a moving object and creates an animated shot like a sequence.

Sound & Shot is present in Galaxy S4 and it is capable of recording 9 seconds of sound or voice while capturing a still image.

S Travel provides trip information, local guides and resources and more and is quite useful for frequent commuters.