Samsung is the company which has had a habit of updating it yesteryear mid rangers and this is the reason why a lot of people choose Samsung over the rest. Samsung Galaxy S Advance, the lighter version of the Galaxy S2 which was launched last year for Rs.26,990 has now had its price dropped to Rs.14,500 and the smartphone which was launched with Android Gingerbread is now getting the Android 4.1.2 Jelly Bean update.

Samsung has started rolling out the Jelly Bean update for its devices and Galaxy S2 got it last month. Now the Galaxy S Advance is getting it and with the price drop and the latest version of Android, Galaxy S Advance makes for a great buy. The smartphone will get a slew of features with the update which include the S3 like Nature UX which makes the device’s interface look similar to S3. It also gets features such as Direct Call, Smart Stay and Pop Up play as well. 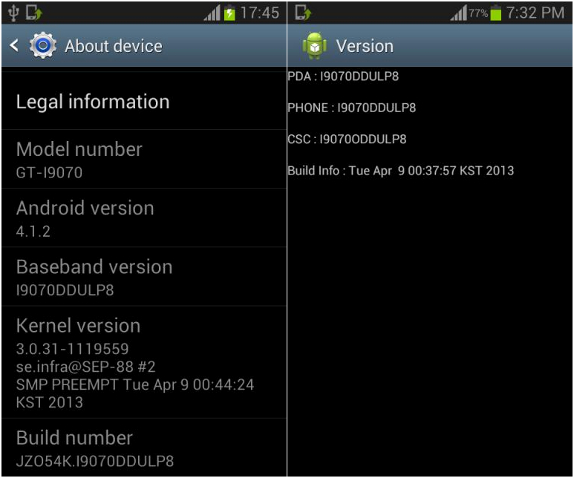 The update is being made available as an OTA update and it can downloaded via the Kies software as well. Samsung Galaxy S Advance comes with a 4 inch Super AMOLED screen and is powered by a 1GHz dual core processor of Cortex A9 architecture. It has a 5 megapixel camera at the rear and the front of the smartphone has a 1.3 megapixel as well to support video calling, self portrait shots and last minute vanity checks.

The device is a single sim smartphone and has a 768 MB RAM to help it multitask with ease. It gets the usual set of connectivity features which include 3G, Wi-Fi and Bluetooth. The smartphone is quite a capable device and makes a better buy than the yesteryear single core smartphones from the MNCs which would remain on Ice Cream Sandwich and than the ones which are offered from Indian and Chinese manufacturers in the similar price range. And the deal just got sweeter with the latest Android update.