Samsung has silently released its Samsung Galaxy S Duos 3-VE smartphone. The handset is now available to buy from company’s online store at Rs. 6,650 which is slightly lower than what was revealed by Mahesh Telecom. The specifications of the device remain the same as we mentioned before, however there is no information about front camera and 3G support on the company’s website listings. Read on to find more information about specifications, features and availability of the device. 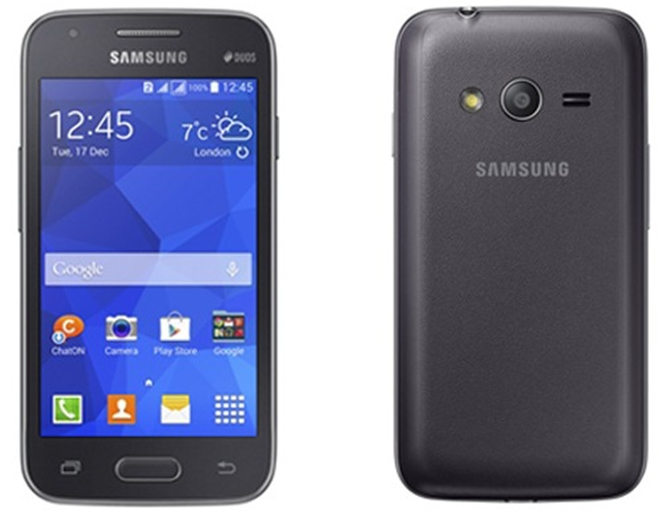 Samsung has reportedly launched Samsung Galaxy S Duos 3-VE affordable smartphone in India which is essentially the refreshed version of Samsung S Duos 3 (SM-G313HU) which was launched in 2014. Mahesh Telecom, an established retailer in Mumbai has posted the details of the handset on its Facebook page. According to the post, the device is now available at Rs. 7,100. As far as specifications of the phone are concerned, the Galaxy S Duos 3 (SM-G316HU) is powered by 1.2 GHz dual-core processor coupled with 512 MB of RAM. It runs on Android 4.4 KitKat operating system and features a 4 inch display.

For storage purpose, it houses 4 GB of internal storage which is expandable up to 32 GB via microSD  card. On camera front, it sports a 5 mega pixel rear camera with LED flash while information whether it carries a front facing camera or not has not yet been revealed. It packs a 1500 mAh battery while connectivity options on the device include Wi-Fi, Bluetooth, Wi-Fi direct and Micro-USB. Additionally, the device comes with support for 14 languages.

Samsung has also launched Galaxy Grand Max in India, earlier this month. It features a 5.25 inch HD display with 1280 x 720 pixels resolution and comes powered with 1.2 GHz Quad-core Qualcomm Snapdragon 410 processor alongside 1.5 GB of RAM. Running on Android 4.4 KitKat operating system, it sports a 13 mega pixel rear camera with auto focus and flash and a 5 mega pixel front facing camera. It houses 16 GB of internal storage which is expandable up to 64 GB via microSD card and packs a 2500 mAh battery.

Samsung Galaxy S Duos 3-VE is now available to buy through company’s India e-store at Rs. 6,650. Stay tuned with us for more updates!