Samsung is all set to launch its 5G tablet. The Galaxy Tab S6 comes with a metal body, dual rear cameras, and S Pen. Read more to find about Samsung Galaxy Tab S6 Price in India, Specifications, and Features 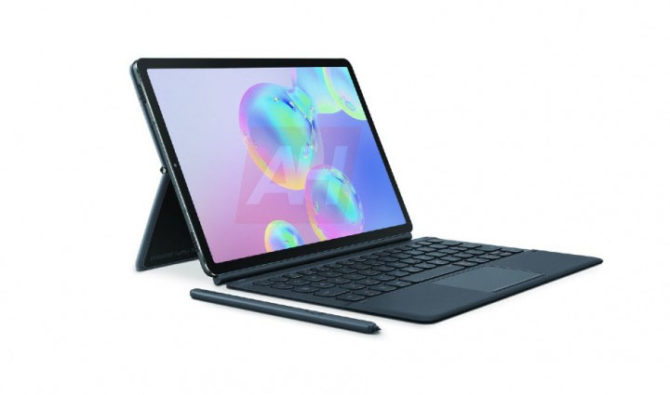 The Galaxy Tab S6 5G has been spotted on the company’s official support page and a promotional website. It featured the same design as the 4G and the Wi-Fi variant (launched earlier).

However, there is no information about the price tag as yet. It is expected to be launched befor March 2020.

The 5G tablet will be powered by a Qualcomm Snapdragon 855 processor and 6GB/ 8GB RAM. The 128GB/ 256GB internal storage can be further expanded via a micro SD card (up to 512GB).

In terms of optics, the Samsung Galaxy Tab S6 is tipped to sport a dual-camera setup on the back. It combines a 13-megapixel primary sensor (f/2.0 aperture) with a 5-megapixel lens (f/2.2 aperture).

For selfies and video calling, it will sport an 8-megapixel front camera with an f/2.0 aperture. The 7,040mAh battery will come with fast charging support. 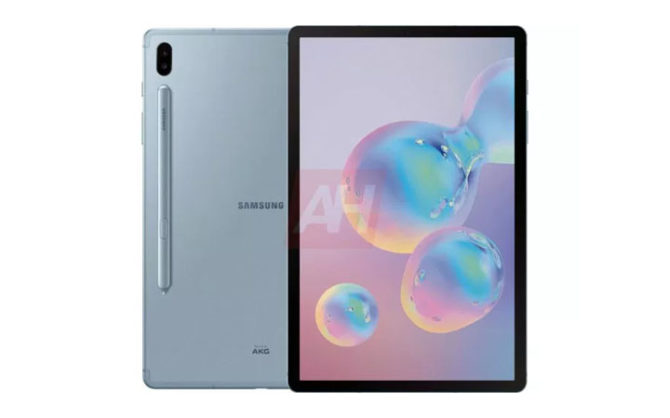 The Samsung Galaxy Tab S6 5G will sport a 10.5-inch AMOLED display with a resolution of 2560 x 1600 pixels. It features four AKG-powered speakers (two at the top and two at the bottom) and a USB Type-C port. However, there is no headphone jack on the device.

Additionally, the tablet is expected to come with four AKG-powered speakers (two at the top and two on the bottom), ‘face unlock’ feature and an in-screen fingerprint scanner.

What do you think of the specs and features of the Samsung Galaxy Tab S6 5G? Are you looking forward to the upcoming tablet? Share your views with us in the comments section below.