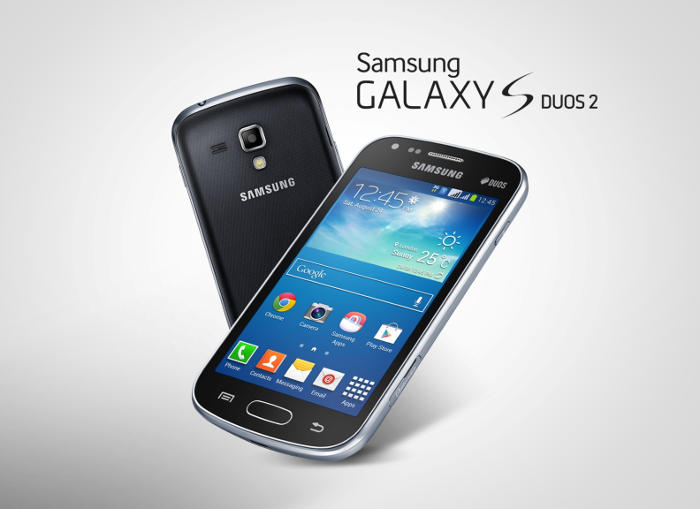 Samsung Galaxy S Duos 2 unlike it’s predecessor runs on a 1.2GHz dual core processor with 768MB of RAM and 1500 mAh battery. It sports a 4-inch WVGA display with 480×800 pixel resolution. It comes with 4GB of RAM which can be further expanded up to 64GB via microSD card slot. It also features a 5MP camera with LED flash and a front facing VGA camera. As the name suggests, it is a dual SIM handset with GSM supported on both the slots. It runs on Android 4.2 Jelly Bean with TouchWiz UI. On the connectivity front it has WiFi, Bluetooth, EDGE, and 3G.

Samsung Galaxy S Duos 2 comes bundled with regional content in different languages with apps and the complete UI tweaked in that language making it truly made for India.

Samsung Galaxy S Duos 2 is now available for Rs. 10,990 and can be purchased for leading retail outlets and online websites across the country.

Samsung Galaxy S Duos is decent phone in the price range but some of the small Indian players are also doing well. In the same range we have Lava Iris 503 which has a quad core chipset in comparison to dual core on this. It has less RAM but the internal memory is the same. Coming to the screen, the smartphone comes with a 5 inch QHD IPS display having 540×960 pixels resolution. Taking Samsung as brand with such specifications, we think this device would do pretty well as it suffices for nominal needs.