Sammobile has also reported that this 8.0-inch tablet is codenamed Kona and will feature 8-inch Super Clear LCD display with 1280×800 pixel resolution. It is also expected to house a quad-core Samsung Exynos 4 Quad 4412 mobile processor paired with 2 GB RAM. Samsung will offer Galaxy Note 8.0 in two models – WiFi Only (GT-N5110) and WiFi+3G (GT-N5100). This tablet will measure 7.95 mm and weigh about 330 grams – almost as much as the iPad Mini. 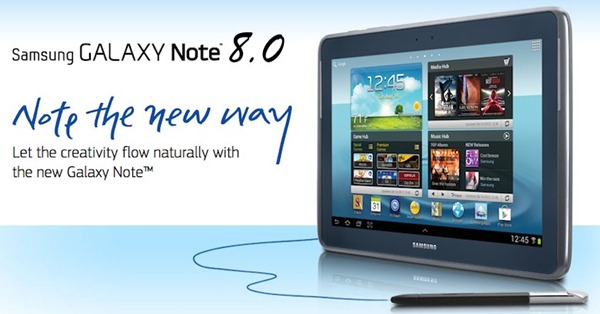 The tablet will be having a 5 megapixel camera at the back for and 1.3 megapixel camera in the front and would come in 16 GB and 32 GB on-board storage option models with an additional micro SD card slot which would be capable of holding up to 64 GB . Other features include Bluetooth 4.0, WiFi (802.11 a/b/g/n) and GPS with A-GPS support.

No details have been leaked for its pricing and availability but it is expected to be announced at the MWC 2013 at Barcelona.