Samsung has announced a new Android flip phone in China. The new Samsung W2018 (SM-W2018) comes with dual 4.2-inch displays, Snapdragon 835, and a 12MP rear camera with dual-pixel auto-focus. The new launch coincides with the 25th anniversary of Samsung’s into China. It comes with two internal storage options – 64GB and 256GB. Read more to find about Samsung W2018 Flip Phone Price in India, Specifications, and Features 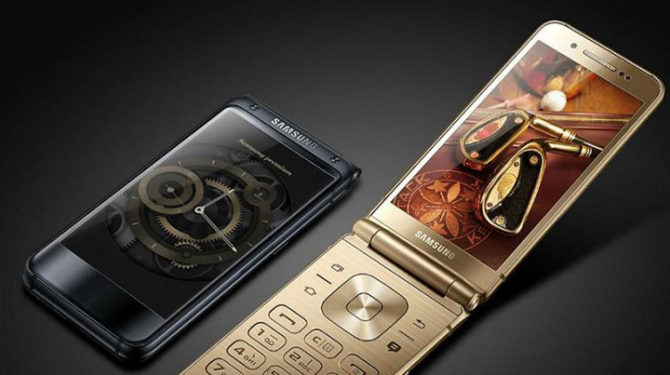 The Samsung W2018 will be sold by China Telecom. It comes in Gold and Silver color options. As of now, there is no information about the Indian launch and date.

Also read: Micromax Bharat 5 Launched in India – All You Need To Know

The Samsung W2018 is an interesting device which comes with pretty decent features. The flip phone design has its own appeal, while the specs do not disappoint either. We hope the new phone makes it to the Indian market. Will you go for the new flip phone? Let us know in the comments section below.