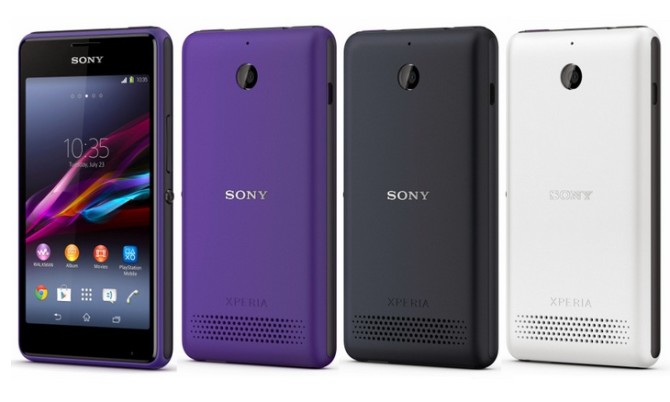 The one thing we do not like in a smartphone is its low RAM. Sony Xperia E1 has only 512MB RAM. Although it’s running on Android 4.3 Jelly Bean operating system which is smoother and fast enough  than previous versions of Android. We hope that with Dual core processor from Snapdragon clocking at 1.2GHz and a graphics processor from Adreno 302 , this smartphone will be capable of running any kind of applications and large number of games too.

There is a 3-megapixel camera at back of smartphone with no LED flash as it is a budget smartphone. There is not front camera as well. It has 4GB internal storage so that you can install sufficient applications and games. There is a 32GB memory card support as well where you can store your all of video and songs. As Sony’s smartphones does not support App to SD functionality 4GB of internal storage will be a big disappointment for those users who usually installs the large number of applications and games on their devices.

On the connectivity  front, it has 2G, 3G, Wi-Fi and Bluetooth 4.0 along with GPS support for maps. There is 1700mAh battery packed with the smartphone similar specs again as we have seen it on Xperia M already.