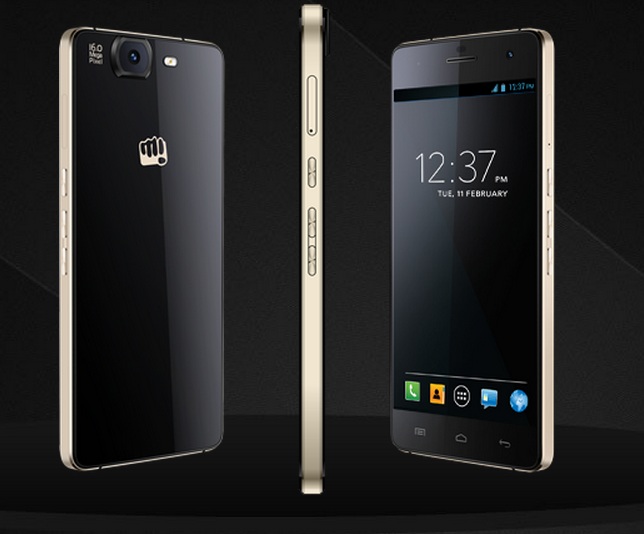 Before talking about the specification of this smartphone, I want to clear that the price of this smartphone is INR 19,999. Now let’s get started, it has 5-inch full HD IPS display with a pixel density of 443 ppi.

The smartphone runs on 2GHz true octa core processor from MediaTek. All the eight core runs simultaneously so there is not any chance of lag or hanging as expected. There is a 2GB RAM on board as well. So that it can render superior 3D effects as well as provides high-end gaming along with heavy multi-tasking. The smartphone runs on Android 4.2 Jelly Bean operating system with complete stock android, no big customization done by Micromax.

The smartphone has 32GB internal storage out of which 24GB is usable and rest is reserved for apps. But there is not any Micro SD card support with this device as it disappoints some of user but in my opinion 32GB is huge for storing anything.

On the connectivity front, it has dual SIM card slot with both micro SIMs and GSM support. There is Wi-Fi support as well. It has the latest version of Bluetooh 4.0 too.