Sony launched a new device in Japan, the Sony Xperia A2 internationally known as Sony Xperia Z1 Compact. The pricing of the device is still unknown though. The device will go on sale from June in Japan, but no word on pricing and availability in the international market. The Xperia A2 surfaces on the Japanese website of NTT DoCoMo. The smartphone is launched ahead of its international launch of Xperia Z2 Compact. The smartphone has some similar specifications that we have seen on Sony Xperia Z1 Compact. The both devices have same display size and screen resolution, same battery and nearly same thickness too. The Xperia A2 has been listed in five colours Lavender, White, Grey Black and Orange colours. 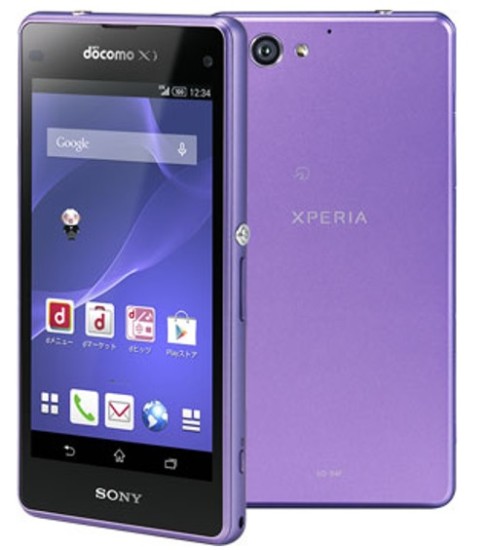 Talking about the specifications of Sony Xperia A2, the device has rock solid features that a high-end smartphone can offer these days, expect as its designed for compactness, it has a 4.3-inch compact Triluminos display along with 1280*720pixel resolution display. The smartphone runs on Android 4.4 Kitkat, latest iteration from Google.

Xperia A2 comes with quad core processor from Snapdragon clocking at 2.2GHz speed. There is 2GB of RAM on board as well, that will surely deliver high end performance, considering these specs.

On the photography front, there is a 20.7-megapixel rear camera with LED flash and coupled with Exmor RS sensor, same camera that we have seen in every high end smartphone from Sony. And at the front, there is a 2.2-megapixel front facing camera as well for video calling and selfie.

Talking about the storage of the device, there is 16GB built in storage and one  can expend the memory up to 128GB via an SD card too. On the connectivity front, the smartphone is a single SIM smartphone along with 2G, 3G, LTE, WI-Fi, Bluetooth, GPS and NFC support as well. There is 2300mAh battery inside the smartphone.