The Moto G was the biggest success in the history of Motorola. Motorola said that Moto G is the bestselling smartphone in company’s history. The features that Moto G offers at very competitive price, it becomes best budget smartphone. But the lack of micro SD card support and no LTE support also disappointed many users and they argued about it too in different mobile forums. Motorola on the other hand, providing best features at reasonable price and giving good services, it did not stop there; it took the feedback of users and comes with an updated version of Moto G. At the launch event of Moto E, Motorola also announced a updated version of Moto G, brings LTE support to smartphone along with micro SD card support too. 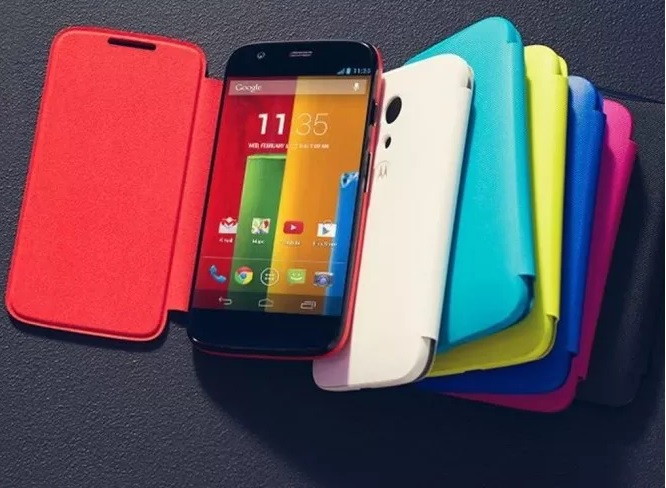 The specifications of Moto G remain same, only things changed is, expendable memory along with 4G connectivity. Now you can download at widen speed along with store your more pictures, videos and stuffs in Moto G. Now Moto G supports up to 32GB memory cards. But the disappointing fact is that all this things is announced for single SIM variant of Moto G, not for dual SIM variant. But we can expect they will announce it too soon.  The MotoG was launched last year back in November worldwide in Brazil. Then Filpkart brings Moto G in India with partnership with Motorola in February this year.

You can check out updated specification of Moto G, the device sports the same 4.5-inch display along with 1280*720pixel resolution, runs on Android 4.4 jelly bean operating system, comes with 1.2GHz quad core Qualcomm processor and Adreno 305 GPU. There is 1GB RAM on board as well. On the back, a 5-megapixel camera and at front there is a 1.3-megapixel camera for video calling and selfie.

On the same day, Motorola also announced the Moto E, an entry level Android device with rich features like Moto G. The Motorola is expecting same response as it seen with Moto G previously.