Sony has finally revealed the pricing and availability details of Xperia C4 Dual smartphone for India. The handset was announced for India last month alongside M4 Aqua phone. Priced at Rs. 29,490, the handset will be available to buy in White, Black and Mint color options from Sony Center, Xperia stores and major electronic stores across the country starting today. 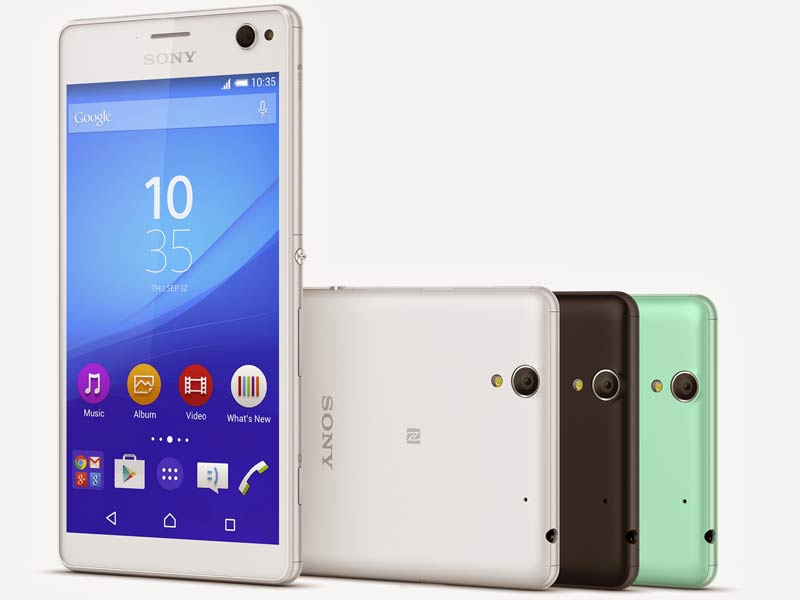 The Xperia C4 is now available to buy from Sony Center, Xperia stores and major electronic stores across India for Rs. 29,490.

Sony has launched its Xperia C4 selfie focused smartphone in India alongside Xperia M4 Aqua phone. Pricing details of the Xperia C4 have not been revealed yet however the company has announced that it will go on sale in mid-June.

Sony has finally made its selfie focused Sony Xperia C4 smartphone official. The handset is essentially the successor of Xperia C3 which was launched in August last year. As for specifications, the Xperia C4 is powered by a 1.7 GHz octa-core MediaTek MT6752 processor paired with 2 GB of RAM. Other specifications of the handset include a 5.5-inch full HD IPS (1920×1080 pixels) display, Android 5.0 OS, 13 mega pixel auto-focus rear camera, 5  mega pixel front facing with LED flash, 16 GB of inbuilt storage with expandable support up to 128 GB via microSD card. It is backed up by a 2600 mAh battery featuring STAMINA mode which is claimed to deliver more than 12 hours of talk time and up to 682 hours of standby time. Connectivity options which the handset offers include 4G LTE, NFC, Bluetooth 4.1 and GPS.

Images of upcoming Soxy Xperia C4 have again surfaced over the internet. According to the images leaked by Xperia Blog and @Upleaks, the Xperia C4 will feature a large lens in the front with an LED flash adjacent to it. Furthermore, the device will reportedly launch by June 2015 in three colors options- black, white and turquoise. Read on to find detailed information on specifications, features and price of upcoming Xperia C4 smartphone. 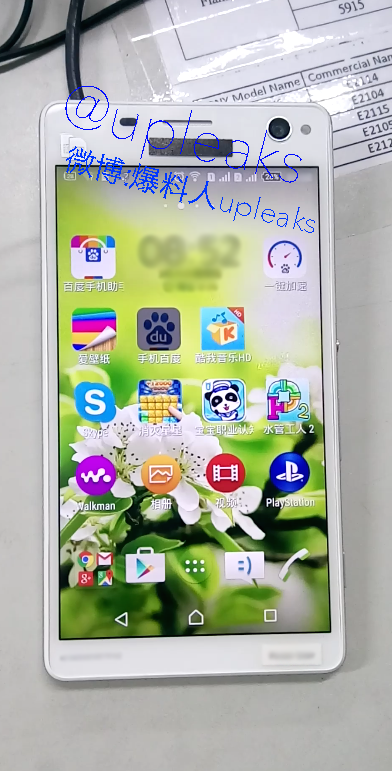 Sony’s selfie smartphone, Xperia C3 was launched last year in 2014. Now, Sony seems to be working on its successor, codenamed as Xperia Cosmos. Images and specs of the upcoming Sony smartphone have started surfacing the internet. As per the images leaked by @Upleaks, the Bluetooth name of the device is Xperia Cosmos which might be changed at the time of launch and Sony’s upcoming smartphone may be named as Xperia C4, following the same naming convention. 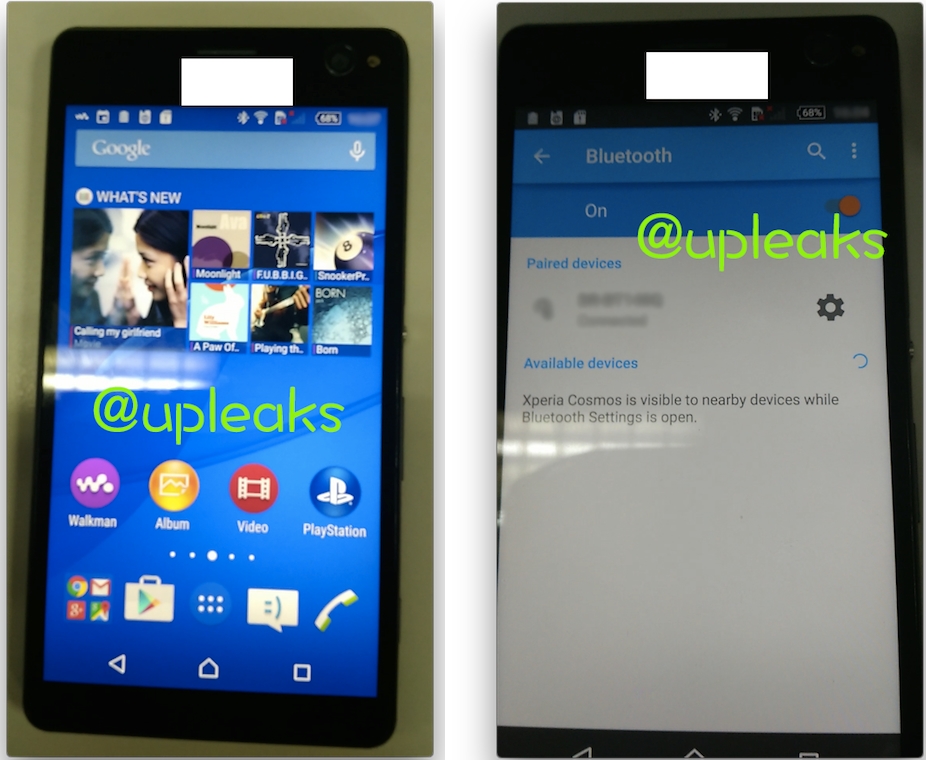 On the design front, the handset has rounded corners and thin bezels. As for the specifications, what is known as of now is that the handset will come with Android 5.0 Lollipop operating system and  MediaTek MT6752 processor (a 64-bit octa-core LTE SoC). The handset is also likely to come with a 5 mega pixel camera at the front with LED flash. This is all which can be deciphered from the images while there is no word on specifications of the handset. With the known specs, the C4 looks like a refreshed version of Xperia C3 with better processor and upgraded operating system.

To recap, the Xperia C3 is powered by quad-core Qualcomm Snapdragon processor clocked at 1.2 GHz accompanied with 1 GB of RAM and Adreno 305 GPU. Featuring a 5.5 inch HD IPS display with 1280 x 720 pixels resolution it runs on Android 4.4 KitKat operating system. There is an 8 mega pixel auto focus rear camera and a 5 mega pixel front facing camera with LED flash. It houses 8 GB of internal storage which is expandable up to 32 GB via microSD card. It packs a 2500 mAh battery which is rated to deliver up to 24 hours of talk time and up to 1071 hours of standby time.

Since no information has officially been revealed, we would ask you to take this information with a pinch of salt. We will update you when more information on the same will arrive. Stay tunes with us!