Sony has launched a new Xperia handset in the Indian market. The new Sony Xperia XA1 Plus comes with a 23-Megapixel camera, 5.5-inch full-HD display, and a 3430mAh battery. The new smartphone was globally launched last month at IFA trade show. Read more to find about Sony Xperia XA1 Plus Price in India, Specifications, and Features 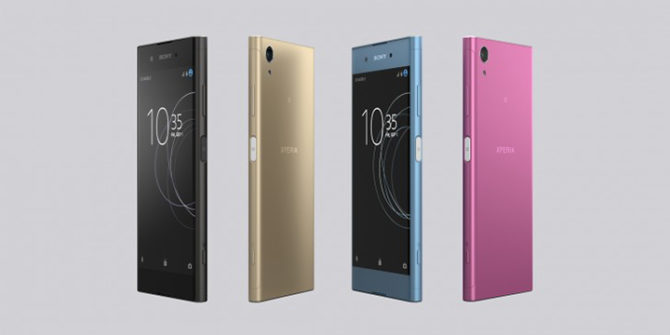 The Sony Xperia XA1 Plus is priced in India at Rs 24,990. It will be available from September 22nd in the company’s offline stores.

The new handset is backed by a 3420mAh battery with Quick Charge 2.0+ support. Sony claims that the new handset uses Qnovo Adaptive Charging technology and Battery Care to maintain the long-term health of the battery. It adjusts the charging current to avoid damage and maximise its lifespan.

The Sony Xperia XA1 Plus measures 155 x 75 x 8.7mm and weighs 190 grams. It comes in White, Black, and Gold color options. A fingerprint sensor is placed on the side (in the Power button). Other sensors on the phone include a Proximity sensor, Accelerometer, and Ambient light sensor.

This is an interesting entry by Sony in the mid-range segment. The highlights of the new Sony handsets include powerful optics (23MP rear camera + wide-angle 8MP front camera), ClearAudio+ sound technology, and Quick Charge 2.0+. The company claims that the new device is designed to offer longlasting performance. We will have to wait and see how it performs in the market.