Spice has launched its latest smartphone Spice Fire One Mi-FX 2 running Firefox operating system. It is essentially the successor of Spice Fire One Mi-FX1 which was launched last year in August. Under the hood, the Fire One Mi-FX2 is powered by a 1GHz processor paired with 256MB of RAM. It features a 3.5-inch HVGA LCD display with 480×320 pixels resolution and runs Firefox OS 1.4. The phone comes with 2 mega pixel rear camera and a 1.3 mega pixel front facing camera. There is 512MB of inbuilt storage onboard which is expandable up to 32GB via microSD card.

Backed up by a 1100 mAh battery, the handset is claimed to deliver up to 6 hours and 30 minutes of talk time and up to 4 days of standby time on 2G networks. 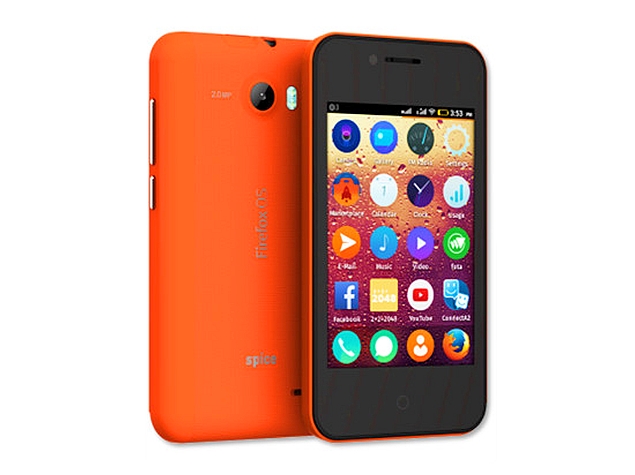 Connectivity options include 3G, Wi-Fi, Bluetooth and Micro-USB options. It is listed in Tangy Orange, Midnight Black and Ash Silver color options on an e-commerce website.

Features and Specifications of Spice Fire One Mi-FX 2

Priced at Rs. 2,799 the Spice Fire One Mi-FX 2 is now available to buy from online retailer saholic.com. Stay tuned with us for more updates from gadgets world!