If you remember MTV had partnered with Swipe Telecom to launch tablet devices last year and they have got an immense response from the Indian youth. Taking this partnership further towards the better Swipe has launched MTV Slash 4X – a lighter, thinner and faster tablet with an affordable price tag. 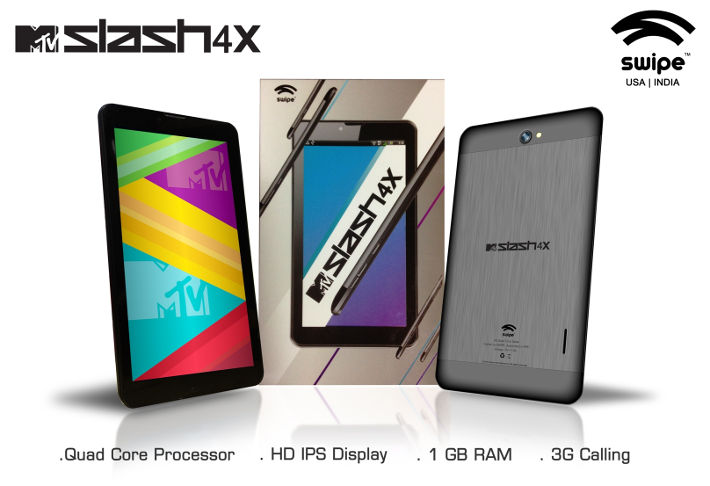 MTV Slash 4X – India’s first co-branded tablet sports a 7-inch IPS HD display having 1024×600 pixels resolution with (OGS) One-Glass-Solution technology. It is powered by a 1.3 GHz quad-core MediaTek chipset paired with 1GB of RAM and 4GB internal memory. It comes with additional memory support up to 32GB. On the connectivity front, it includes 3G, WiFi, and GPS support that too with Dual SIM capability. Apart from this, it comes with a 2MP primary camera and a 0.3 MP front camera.It weighs 267.5 grams with 3000 mAh battery packed in. Detailed specifications are mentioned below.

MTV Slash 4X has been priced moderately at Rs. 9999. MTV Slash 4X is available on www.swipetelecom.com and www.eBay.in at an attractive launch price of Rs.8990 and on easy EMI’s for a limited time period.