YouTube Music offers over five million audio tracks along with their official videos. Now, the premium users can easily switch from watching a music video to just audio of a track and vice-versa. Read more to find about How To Switch Between Audio and Video On YouTube Music App 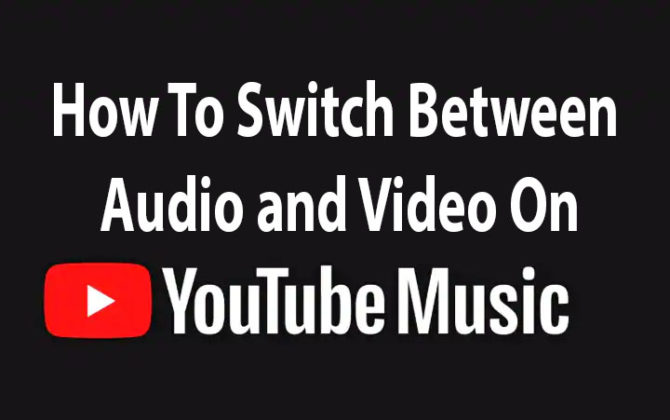 The recently launched YouTube Music app offers you access to over five million audio tracks and their official videos. Now, users will able to switch between the two without any pauses or interruptions. YouTube has added a new video button at the top of the YouTube Music app screen.

When you shift from a music video to audio, the app doesn’t just turn off the video. It ensures that all the additional sounds in the music video (long introductions, breaks, etc) will not be included in the audio song. When you switch, the app flips back to the audio at the same point.

You can also choose to stick to songs 100 percent of the time. Users can simply turn off the music video option by toggling ‘Don’t play music videos’ to the ‘on’ position. Here’s how to switch between the audio and video with the tap of a button:

How To Switch Between Audio and Video On YouTube Music App

Note: The YouTube Music app is available on both Android and iOS platforms. However, the new feature is only available to users with the subscription to YouTube Music Premium.

Also read: How To Use YouTube Music ‘Smart Downloads’ Feature To Save Up to 500 Songs

YouTube Music was made available to Indian users in March this year. It is the latest addition to the growing market of OTT platforms. There are around 150 million monthly active users across platforms.

So far, the Google streaming service is not a big competition to the likes of Apple Music and Spotify. However, the addition of new features might make it more attractive to music lovers. Google had promised a more consistent update cycle for YouTube Music in August.

YouTube Music users can already control the quality of streaming and downloads. You can also choose between downloading audio on mobile data and on Wi-Fi. Google has added new options in the Settings menu as ‘Quality controls’.

The search engine giant also stated that YouTube Music is soon adding a feature to store music on the internal storage or the microSD card. It already offers offline support for mobile and desktop users. Users will also be able to filter out artists.

In May, the company was reported to be hiring music experts across the world to make the music streaming subscription more locally “authentic.”

What do you think of the new features on the streaming service? Are you excited to try YouTube Music? Share your thoughts with us in the comments section below.