LG announced three smartphones under L series, runs on latest Android 4.4 Kitkat operating system. The LG L90, LG L70 and LG L40 will be unveiled at the LG event in Mobile World Congress 2014 in Barcelona. All smartphone has decent specifications as they dubbed in mid-range series. The LG L40 is most affordable device among three and LG L90 is most premium among three. LG G90 has 4.7-inch IPS qHD display along with 960*540 pixel resolution. It has 1.2GHz quad core processor along with 1GB RAM on board. There is 8GB internal storage in smartphone with no words on memory card support. The smartphone has 2540 mAh battery. 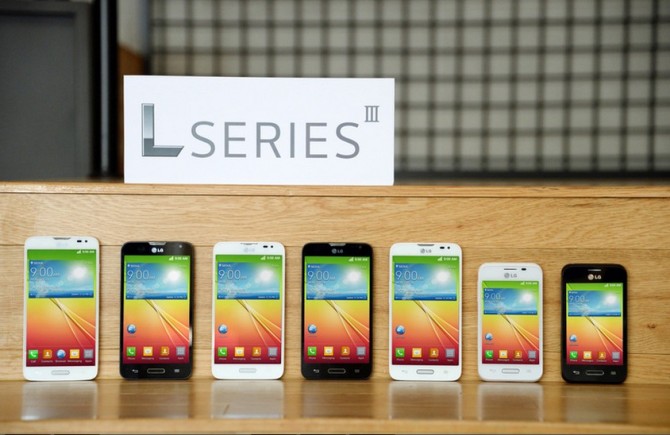 Talking about the specifications of LG L70, it has slightly lesser size display along with low pixel density. The 4.5-inch IPS qHD display sports 800*400 pixel resolution. It runs on dual core processor clocking at the speed of 1.2GHz. There is only 4GB internal storage and again no word on memory card support. It has 2100mAh battery.

The most affordable smartphone in L series LG L40 has 3.5-inch size display. It has 1.2GHz dual core processor along with 1GB RAM on board. There is 4GB internal storage as well.

“In addition to inheriting the refined design aesthetic that is synonymous with LG’s premium devices, the L Series III provides an array of user benefits that extend far beyond a simple upgrade,” said Dr. Jong-seok Park, president and CEO of LG Electronics Mobile Communications Company. “From the design to the OS to the UX, the L Series III exemplifies LG’s commitment to bringing the best smartphone experience to as many consumers as possible. We’re confident that the L Series III will be a strong volume driver in 3G markets.”