It’s raining mobiles. The Indian smartphone market is heating up like a brick factory with each passing day and the latest company to enter the budget smartphone business in the country is UMI mobiles which is a Chinese mobile brand and is not the first Chinese company to enter in the lucrative smartphone business in the country. And the company has chosen to target the likes of the Karbonn A21, Micromax A110 and iBall Andi 4.5 with its first offering, the UMI X1.

The UMI X1 is powered by Android 4.0 Ice Cream Sandwich when every new handset out there will be launching with Android 4.1 Jelly Bean and the smartphone comes with a 4.5 inch HD capacitive display with a screen resolution of 1280×720 pixels and is possibly the best screen available for a price of Rs.9,999 at which it retails. The budget smartphone will be powered by the MediaTek MTK6577 1 GHz dual core processor which has been there in almost every budget dual core handset. 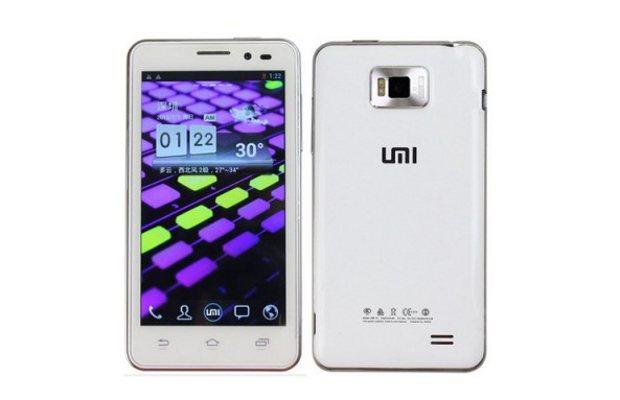 Bringing a segment first to the table, the Chinese have fitted the device with 1 GB of RAM which is contrary to the 512 MB of RAM present in similarly priced handsets.To keep you photo ready, it comes with a 8 MP snapper at the back with a 2MP front camera for video calling and self portraits. The primary camera comes with a dual LED flash for lowlight photography. 1750 mAh battery will be giving it the ability to run almost a day and as per the norm, it comes with a support for 2 SIM cards.

Connectivity is taken care of by the 3G, WiFi, Bluetooth and GPS present on the device. The UMI X1 comes with a better display unit than almost every budget droid present in the country but to us, it seems that the company has come to the party a bit too late. Karbonn S1 is available for a price tag of Rs.10,990 and comes with a Qualcomm Quad Core processor which makes the device a compelling buy. The device has been received well in China and its India fate remains to be seen.