Videocon has expanded its smartphone portfolio with the launch of Videocon Ultra50 smartphone. As far as specifications are concerned, the phone packs a 64-bit 1.3GHz quad-core MediaTek MT6735 processor paired with Mali-T720 GPU. Running Android 6.0 Marshmallow operating system, it features a 5-inch HD IPS display. The screen is protected by Asahi Dragontrail Glass and has a resolution of 1280×720 pixels. 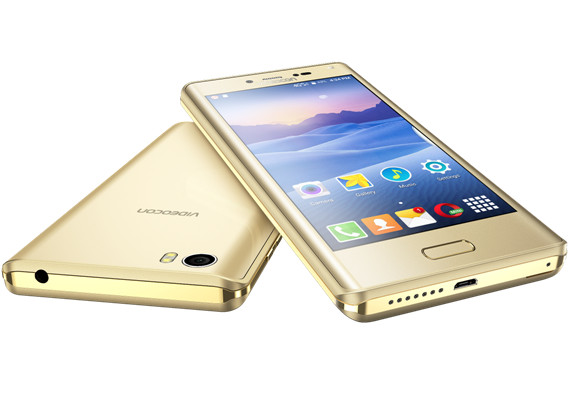 The Ultra50 houses 3GB of RAM and 32GB of internal memory. It supports expandable storage up to 64GB via microSD card. On the camera front, the handset sports a 13 mega pixel primary camera with dual LED flash. There is also a 5 mega pixel front facing camera accompanied by LED flash. Backed up by a 3000mAh battery, the dual SIM phone offers 4G VoLTE, WiFi 802.11 b/g/n, Bluetooth 4.0 and GPS as connectivity options.

It features a fingerprint sensor for enhanced security. The phone comes pre-loaded with an SOS-BE Safe app in which the power button of the phone works as a panic button to send an alert to the pre-set numbers during emergency. Some of the apps that come pre-installed on the phone, include EROS Now, Gameloft Games, ChillX, Daily Hunt, Opera Mini, SwiftKey, Office suite, PayPlutus, SBI Buddy and ChillX.

The Videocon Ultra50 carries a price tag of Rs. 8,990 and will go on sale starting first week of November. It comes in Golden and Space Grey color options.