After launching the Vivo X5 Pro in China in May 2015, Vivo has launched the smartphone in the Indian market. 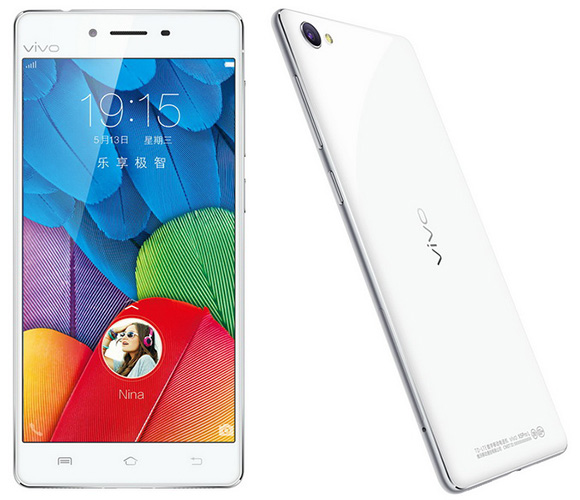 Vivo has launched its much anticipated smartphone X5 Pro in China. The X5 Pro is priced at  CNY 2,698 (approximately Rs. 27,800), however there is no word on availability of the handset yet. It is likely to go on sale in the coming days. Global release details of the handset are unknown as of now.

Striking feature of this device is its eye recognition technology which scans eyeball vein pattern of the user. It comes with support for 4G LTE and Dual-SIM.

There is no word on pricing and availability of the details as of now. We expect the company to announce the details soon.

While Vivo was rumored to launch its Vivo X5 Pro smartphone yesterday, it just announced that the handset will be unveiled on May 13, 2015. On its official Weibo page (Chinese social media website), Vivo has posted a teaser image revealing that the X5 Pro will be announced in Beijing on that day. Leaked specifications of the handset have been churning out the rumor mill lately and the rumored spec-sheet of Vivo’s forthcoming smartphone looks quite mighty. Besides a powerful configuration, the X5 Pro is confirmed to feature some sort of retina-scanning feature to lock and keep the important applications on the device more secure. 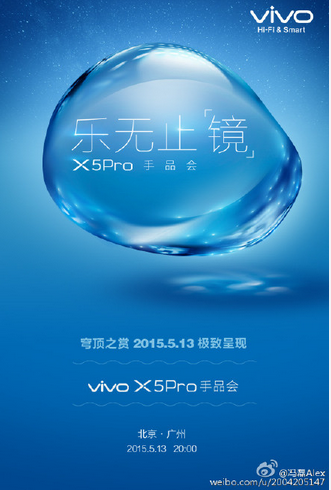 Under the hood, the X5 Pro is rumored to be powered by a 64-bit 1.7 GHz octa-core processor paired with 2GB of RAM. It is likely to feature a 5.5-inch 1080p Super AMOLED touchscreen display. Other rumored specifications of the handset include a 13 mega pixel rear camera, a 5 mega pixel front facing camera, 32GB of inbuilt storage. On software front, it is likely to run Android 5.0 Lollipop operating system. The X5 Pro is also said to be backed up by a 4150 mAh battery and feature 2.5D glass on its screen.