After the successful launch of Oppo smartphones in India, another Chinese smartphone brand Vivo (also a subsidiary of BBK electronics like Oppo) has decided to enter Indian smartphone market with the launch of its flagship smartphone Vivo X5Max in India. This smartphone with its mere 4.75 mm thickness will take down the crown of being the ‘world’s slimmest smartphone’ from  Oppo R5 which is 4.85 mm thick (earlier held by Gionee Elife S5.1 with 5.1 mm thickness).

Speaking of the specifications, this Dual-SIM smartphone with the tag of ‘the world’s slimmest smartphone’ is powered by 1.7 GHz Octa-Core MediaTek SoC processor along with 2 GB of RAM. It gets a 5.5 inch full HD display and runs on Android 4.4.4 KitKat operating system. 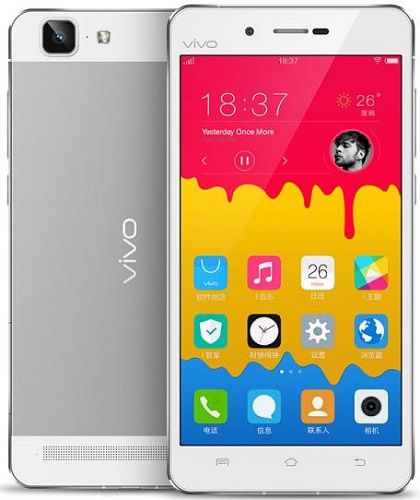 For storage purpose, it comes with 16 GB of internal storage which is expandable up to 128 GB via microSD card. On imaging front, it sports a marvelous 13 mega pixel rear camera and a 5 mega pixel front facing camera enabling the users to do video calling and capture amazing selfies.

As connectivity options, it includes 4G TD-LTE, TD-SCDMA. Although Oppo R5 made some compromises like absence of 3.5 mm headphone jack while X5Max is expected to make no such compromises and retain its 3.5 mm jack despite its 4.75 mm thickness.

Vivo has also entered into partnership with Viacom 18 for the marketing of more of its 4G handsets. If the reports are to be believed, Vivo is also planning to set up a manufacturing in coming years in India. Though this offering from Vivo is going to take off the tag of world’s slimmest smartphone from existing phones, yet it will face fierce competition from its rivals like Oppo R5 and Gionee S5.1 which at some point of time held the same tag.

This smartphone will be launched on 15th December 2014 in India, while the details about the pricing of this phone remain sketchy, we expect it to be priced nearly Rs. 30,000.