WhatsApp has rolled out Picture-in-Picture Mode to Android app. It will allow users to watch videos from third-party apps (like YouTube, Facebook, Tumblr, Instagram, etc) while checking the messages. The new feature is expected to arrive in one of the next few updates. It is already available for iOS users. Read more to find about How To Use WhatsApp Picture-in-picture Mode On Android Devices 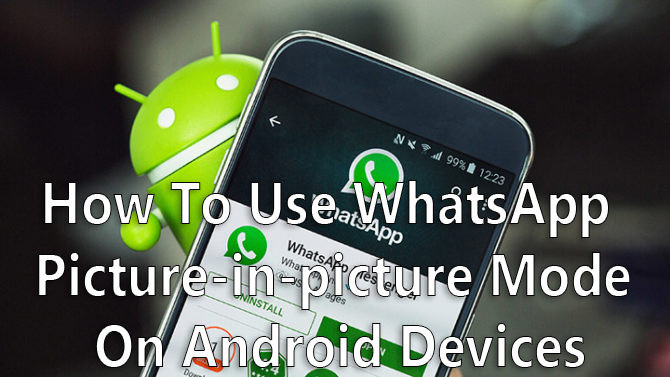 The new PiP support was added to WhatsApp for iOS earlier this year. It allows users to play videos from Instagram and YouTube in a small window within the messaging app itself. You will not be redirected to any external pages. It allows you to watch a YouTube video sent by a contact, directly within a conversation. The new feature is now available for all Android users.

Also read: WhatsApp Windows App for Desktop Alleged To Be In Process

How To Use WhatsApp Picture-in-picture Mode On Android Devices

WhatsApp also added a new Mute button that allows users to mute chat directly from the notifications panel. The messaging platform also announced the addition of WhatsApp group video and voice calling features. It allows you to chat with up to four people at the same time.

Additionally, a ‘Swipe to Reply’ gesture support has been added to the Android app. It lets you respond to a WhatsApp message by simply swiping it to the right side. The new feature was introduced on the iOS app in June last year. The messaging platform is also said to support external sticker packs (users will be able to download external sticker packs).