The Xiaomi Mi A2 was launched in August last year. Now, the company has slashed its price by Rs 2,000. The Android One smartphone comes in two RAM/ internal storage variants – 4GB RAM/ 64GB storage and 6GB RAM/ 128GB storage. It is part of Google’s Android One programme. Read more to find about Xiaomi Mi A2 Price in India, Specifications, and Features 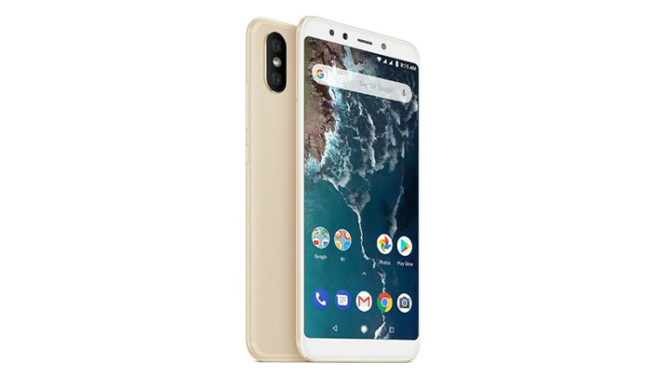 The Xiaomi Mi A2 was originally launched in India at Rs 16,999 for the 4GB RAM/ 64GB storage model. Whereas the 6GB RAM/ 128GB storage variant was priced at Rs 19,999. Xiaomi initially dropped the price of Android One handset last November. Now, it has introduced yet another price cut.

The Xiaomi Mi A2 sports a 5.99-inch display with full-HD+ (1080×2160 pixels) resolution, 18:9 aspect ratio, 2.5D curved glass, and Gorilla Glass 5 protection. It is powered by an octa-core Qualcomm Snapdragon 660 processor along with an Adreno 512 GPU. The 3,010mAh battery comes with Quick Charge 4 fast-charging support.

The Xiaomi Mi A2 runs optimized Android 8.1 Oreo OS (under Google’s Android One programme). The Android One handsets get faster access to Android OS updates (for two years) among other features. This includes the latest AI innovations, security, updates and inbuilt Google Play Protect.

The new Xiaomi Mi A2 is a successor of the company’s Mi A1 smartphone (launched last year). While the above-mentioned specs/features seem decent, we will have to wait for tests in real-world environments to get a clear picture. What do you think of the new Xiaomi handset? Will you pick up the new Android One smartphone? Let us know in the comments section below.