Huawei is all set to launch its Nova 4e smartphone in China. The new teasers by the company hint at the presence of a 32-megapixel selfie cam and waterdrop-style display notch. It has also been spotted on Geekbench site. The upcoming handset is tipped to be a rebranded version of the upcoming Huawei P30 Lite. Read more to find about Huawei Nova 4e Price in India, Specifications, and Features 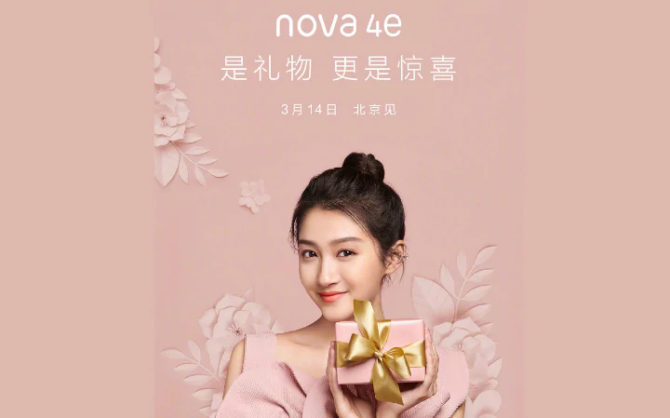 The Huawei Nova 4e will be launched in China on March 14. As of now, there is no confirmation about the Indian price and launch date. It is likely to feature a cheaper price tag than the Nova 4.

According to recent teasers and leaks, the Huawei Nova 4e will come equipped with a 32-megapixel front camera sensor. Instead of a display hole (seen on Huawei Nova 4), the handset seems to feature the traditional waterdrop-shaped notch on front.

The upcoming smartphone is expected to be powered by a 1.71GHz octa-core HiSilicon Kirin 710 processor and 6GB RAM. It will run Android 9 Pie OS out-of-the-box. On Geekbecnh, it scored 1,513 on the single-core test and 4,955 on the multi-core test.

Another report hinted that the upcoming handset is tipped to be a rebranded version of the upcoming Huawei P30 Lite. According to recent TENAA listing, the Huawei P30 Lite will sport a 6.15-inch full-HD+ display, a triple rear camera setup (20MP + 16MP + 2MP), a 3,240mAh battery, and a rear-mounted fingerprint scanner.

In terms of optics, the Huawei Nova 4 sports a triple rear camera setup on the back. It combines a 20-megapixel primary sensor with a 16-megapixel 117-degree ultra-wide angle camera (f/2.2 aperture), a 2-megapixel depth sensor (f/2.4 aperture), and a LED flash.

For selfies and video calling, the smartphone features a 25-megapixel front camera (f/2.0 aperture, EIS) that is housed in the display hole (4.5mm wide). It is backed by a 3,750mAh battery. The Huawei Nova 4 runs Android 9.0 Pie operating system with EMUI 9.0.1 on top.

The dual-SIM smartphone sports a 6.4-inch display with full-HD+ (1080 x 2310 pixels) resolution and 19.25:9 aspect ratio. It has an 86.3 percent screen-to-body ratio and supports for 96 percent NTSC color gamut. For security, the Huawei Nova 4 comes with a Face Unlock feature and a rear-mounted fingerprint sensor.