Xiaomi is all set to launch a new multimedia-focussed smartphone called the Mi Max 3. Several details of the upcoming smartphone have already been leaked online. It is tipped to feature a 7.0-inch display with minimal bezels on both top and bottom. The bezel-less handset is also said to feature a huge 5500mAh battery and Snapdragon 635 SoC. Now, new rumors hint at interesting features like wireless charging and iris scanner.Read more to find about Xiaomi Mi Max 3 Price in India, Specifications, and Features 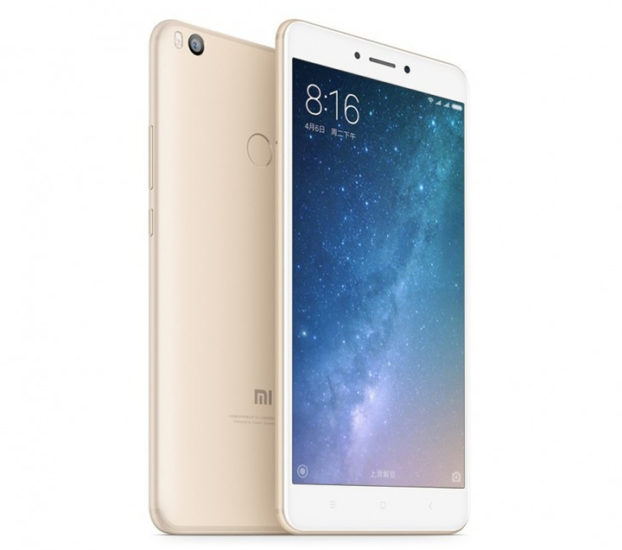 As of now, there is no confirmation about the launch or price of the upcoming handset. However, it is tipped to be available in two variants. The recent leaks hint at a June launch at CNY 1,699 (approx Rs 16,900).

As per recent rumors and leaks, the Xiaomi Mi Max 3 will sport a 7.0-inch display with 18:9 aspect ratio (original Mi Max features 6.44-inch display). The upcoming handset is tipped to be powered by a Qualcomm Snapdragon 635 processor along with 3GB/ 4GB LPDDR4 RAM and 64/ 128GB internal storage.

In terms of optics, the upcoming smartphone is said to feature a 12-megapixel rear camera and a 5-megapixel front camera. It might also sport a dual camera setup on the back with Sony IMX363 sensor or Samsung S5K217+S5K5E8 sensors.

The new handset is tipped to be backed by a huge 5500mAh battery (up from 5300mAh battery on the Mi Max 2) with Quick Charge 3.0 and reverse charging features. Latest leaks suggest that the upcoming smartphone will come with Qi wireless charging.

The Xiaomi Mi Max phablet range is aimed at multimedia users. It offers a huge display along with powerful specs and a big battery. Just the Mi Max 2, the upcoming handset is expected to bring new upgrades to the popular smartphone series. However, we will have to wait a while for more details to emerge.

The Xiaomi Mi Max 2 was launched in May 2017 at Rs 13,999. It sports a 6.44-inch display with a full HD resolution and a pixel density of 342 ppi. The powerful phablet is powered by a 2.0-GHz octa-core Qualcomm Snapdragon 625 processor and 4GB RAM. The 64GB internal storage can be expanded via a microSD card (up to 128GB). The dual SIM smartphone sports a 12-megapixel rear camera and a 5-megapixel front camera. It runs Android 7.0 Nougat operating system.