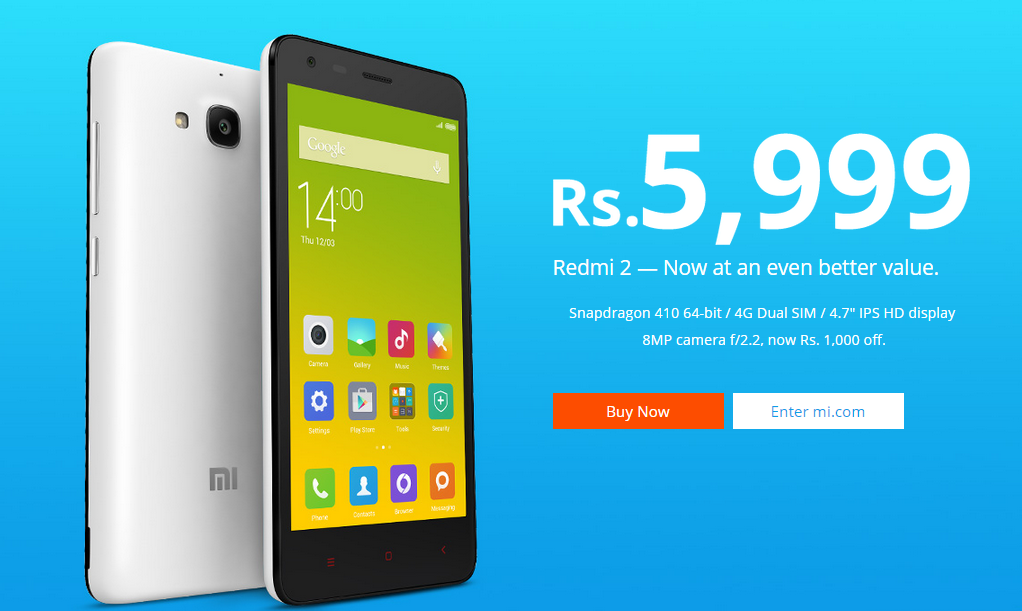 Xiaomi has shared a teaser image revealing that it is going to make an announcement on July 7, 2015. The picture shows Rs. 5,999 price which is half revealed and says ‘To-Do: Paint The Town Red’ and ‘Get Ready To Change Your Phones’. The announcement could be about price drop for Redmi 2 to Rs. 5,999 which is currently selling at Rs. 6,999 price tag.

To recall, the Redmi 2 is powered by a 1.2GHz quad-core Snapdragon 410 processor coupled with Adreno 306 GPU and 1GB of RAM. Running Android 4.4.4 KitKat with MIUI 6, it features a 4.7-inch HD IPS display. Other specifications of the device include 8GB internal memory (expandable up to 32GB via microSD card), 8 mega pixel rear camera, 2 mega pixel front facing camera and 2200mAh battery. 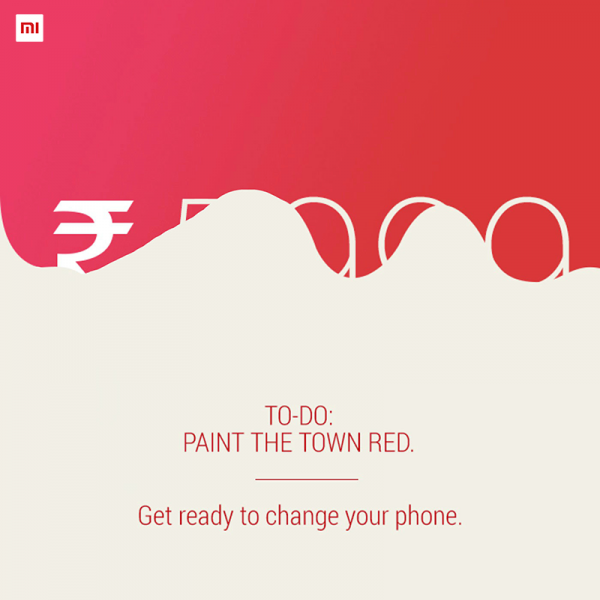 Features and Specifications of Xiaomi Redmi 2

Redmi 2 has essentially seen tough competition after the launch of few other affordable smartphones with great specs such as Yu Yuphoria and Coolpad Dazen 1. Both competitors namely, Yuphoria and Dazen 1 feature bigger 5-inch HD IPS display, more (2GB) RAM, more battery capacity and better (5 mega pixel) front facing camera. The Yuphoria is priced at Rs. 6,999 while the Coolpad Dazen 1 can be grabbed for Rs. 5,999.

While Xiaomi has just teased an announcement which it is going to make on July 7, witnessing the competition in smartphone market, we expect that the announcement would possibly be about price drop for Xiaomi Redmi 2.

Let’s wait till July 7,2015 (tomorrow) to see what Xiaomi has to offer to its fans! Stay tuned with us for more developments on this story!