Xiaomi is all set to launch the successor of its Redmi Y2 smartphone. Recently, the Redmi Y3 has received Wi-Fi certification which means it has support for Wi-Fi 802.11 b/g/n. Additionally, it will come with a 32MP selfie camera, waterdrop-shaped notch, and MIUI 10 (based on Android 9 Pie OS). Read more to find about Xiaomi Redmi Y3 Price in India, Specifications, and Features 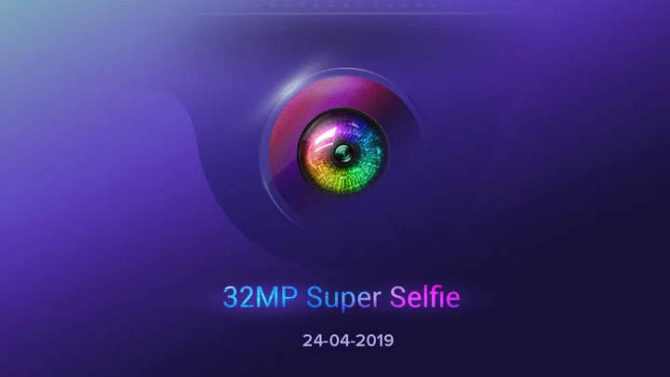 The Xiaomi Redmi Y3 will be launched in India on April 24 via Amazon.in. The company has already sent out media invites for the launch event. As of now, there is no information about its price tag.

According to recent leaks and reports, the Xiaomi Redmi Y3 is likely to be powered by a Qualcomm Snapdragon 632/ Snapdragon 636 processor. It will run Android 9 Pie operating system with MIUI 10 on top.

The Redmi Y3 will sport a gradient back panel (mix of Blue, Purple, and Yellow colors). Additionally, the upcoming handset features a waterdrop-shaped display notch, Wi-Fi 802.11 b/g/n, and large 4,000mAh battery (up from 3,080mAh battery on the Redmi Y2).

The Redmi Y2 sports a 15.2cm HD+ 18:9 display (1440×720, 269ppi). It has a brightness level of maximum 450nit. The handset’s color contrast ratio is 1000:1. Its NTSC is 70.8%. The handset has fullscreen gestures and on-screen buttons. The display allows for more to be viewed. It retains the dimensions of a traditional phone. It also has discreet separation lines and a stylish unique design.

The handset is powered by Qualcomm’s 14nm octa-core Snapdragon 625 SoC. It clocks up to 2.0Ghz. It is further built with an Adreno 506 GPU. The device runs MIUI 9 on Android Oreo. In terms of storage, the phone has two variants – 3GB RAM+32GB storage, 4GB RAM+64GB storage. Storage is expandable via a microSD card.

In the power department, the handset has a 3080mAh full-day battery. It has a brushed metallic finish and a rounded back cover. The smartphone also has a rear fingerprint sensor. Its dimensions are 160.73 x 77.26 x 8.1 mm. Moreover, it weighs 170g.

The Redmi Y1 and the Redmi Y1 Lite smartphones were the first to be part of Xiaomi Y series in India. The youth-oriented series also launched the Redmi Y2 handset with a selfie flash. It was launched in China as Redmi S2.

The selfie-focused smartphone was launched in India at Rs 9,999 for the 3GB RAM variant. The 4GB RAM variant came with a price tag of Rs 12,999. It comes in Dark grey, Rose gold, and gold color options.

Are you excited about the Redmi Y3 smartphone? Share your views with us in the comments section below.