Earlier we reported about the Xolo A500 Lite , an entry-level device launched by Xolo this week. Now Fonearena reported that two Q series smartphone from Xolo listed on popular online retailor Snapdeal. The Xolo Q1200 and Xolo Q600 both smartphones with quad core processors, 1GB RAM, Dual SIM, 2000mAh battery and latest operating system Android 4.4 Kitkat listed on Snapdeal. The official announcement is also expected in few weeks. While the Xolo Q600 already comes with Android Kitkat, the Xolo Q1200 will be shipped with Android 4.2 Jelly Bean operating system out of the box, but the company promised the Kitkat update with the device. The Xolo Q600 priced INR 7,499 while the Xolo Q1200 priced INR 14,999. These new launching is aimed to take on Moto E and Moto G devices. While Micromax already launched devices like Micromax Unite 2 and others, others players like Xolo and Lava also trying to compete as well. 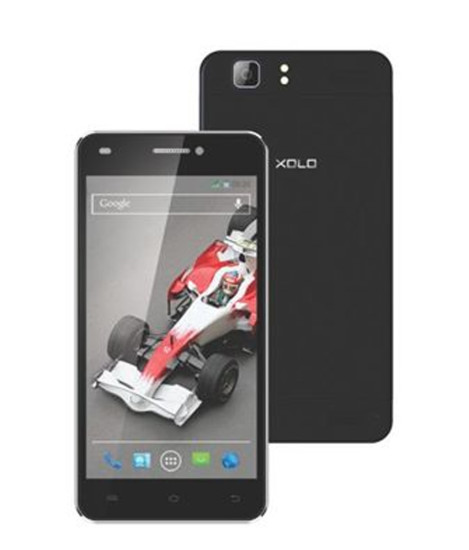 Talking about the specifications of Xolo Q1200, the 5-inch device got an HD IPS display along with Corning Gorilla Glass 3 protection as well. The 5-inch display has 1280*720pixel resolution. The smartphone runs on 1.3Ghz quad core processor, no mention of processor manufacturer. There is 1GB RAM on board as well. The Xolo Q1200 which is a premium smartphone in Q series runs on slightly older version of Android 4.2 Jelly bean out of the box, while the company promised guaranteed update to Kitkat as well.

The Xolo Q1200 has 8-megapixel auto focus rear camera along with dual LED Flash at back. There is a 2-megapixel shooter as well on the front for selfie. The smartphone has 8GB of internal storage along with unknown capacity memory card support.

The Xolo Q600s is the successor of last year’s Xolo Q600. It is also the first smartphone from Xolo shipped with Android 4.4 Kikat which is the latest version of Android. The smartphone has 4.5-inch FWVGA display along with 960*540pixel resolution. Like other Q series smartphones this smartphone is also running on 1.2GHz quad core processor along with 1GB RAM on board. The smartphone has 5-megapixel rear camera on board along with LED flash. The 5MP camera is equipped with BSI sensor. There is a VGA front facing camera as well on board.

The Xolo Q600s comes with 4GB of internal storage along with up to 64GB of memory card support. On the connectivity front, the Xolo Q600s is a dual SIM smartphone along with dual standby support. There is 3G, Wi-Fi, Bluetooth and GPS as well on board. The smartphone is powered by 2000mAh battery. The listing claims 400 hours of standby along with 11hours of talk time. 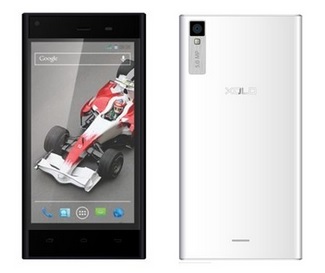 When Moto E was launched, the only choice at the price point INR 7000 was obviously Moto E. but after that companies like Micromax and Lava also launched their devices as well with competitive price and rich features. The Micromax Unite 2 and Lava Iris X1 was a challenge for Moto E, now Xolo also joined the battleship with its new Q series smartphone Lava Q600s. The market of entry level devices is becoming more confusing than ever, so when buying a smartphone put your feature requirement ahead and then choose the smartphone wisely.

On the other hand, the 15K device Xolo Q1200 is also good take on Moto G. The final price of device is still not known yet, but we hope it will be launch in India officially with more competitive price tag. So Xolo Q1200 is a solid competitor of Moto G with some bumped up features.