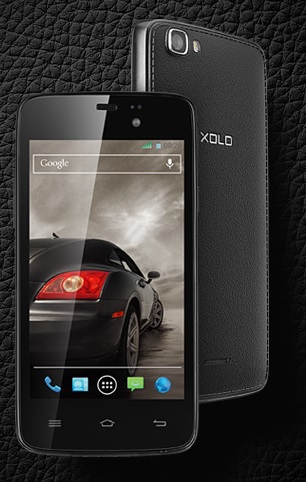 Talking about the specifications of Xolo A500 Lite, the 9.2mm thick smartphone comes with a 4-inch IPS display along with 233pixel per inch density and 480*800 pixel resolution. The display supports up to 2 Fingers touch only.

The smartphone is running on 1.3Ghz dual core MediaTek processor along with a Mali 400 GPU for better graphics, on the other hand it has only 512MB RAM on board. The device is running on Android 4.2 Jelly Bean operating system which is slightly become old now days.

On the photography front, the smartphone comes with a 3-megapixel fixed focus rear camera with LED Flash support and there is a VGA front camera as well for selfie. The smartphone has 4GB of internal storage along with up to 32GB memory card support on board as well.

On the connectivity front, the Xolo A500s Lite is a dual SIM smartphone along with both SIM GSM support with dual standby. On the other hand, the smartphone comes with 3G, Wi-Fi, Bluetooth 3.0 and GPS as well. The smartphone has Accelerometer, Ambient light sensor and Proximity sensor as well.

The Xolo A500 is priced at INR 5,499, but with 700 more bucks you can get Micromax Canvas Engage A091, which has quad core processor, a 5MP camera at back, latest operating system Android 4.4 Kitkat out of the box and the same display, same RAM and same storage options as well. So the Xolo A500s lite does not look a good deal in front of Micromax Canvas Engage.