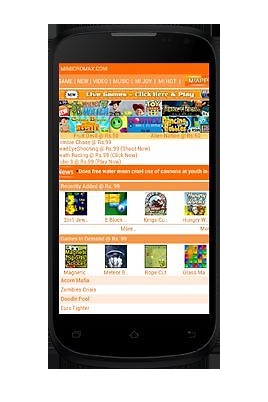 Talking about the specifications of Canvas Engage, the smartphone comes with 4-inch capacitive touch screen display along with 800*480pixel resolution. There is a quad core processor from an unknown manufacturer. The smartphone has 512MB RAM on board.

There is 4GB of internal storage along with unknown capacity memory card support. On the connectivity front, the Canvas Engage is a dual SIM smartphone with both the SIM GSM support. There is 3G, Wi-Fi, Bluetooth and built in GPS as well. The smartphone comes in black colour, priced at INR 6,199.

When Moto E launched in India, there was not any device in Indian market that was offering such features that it offers. But now with Micromax Canvas Engage and Unite 2, Micromax surely made the competition tough. At the price point 6,199 the 5MP camera along with VGA camera and latest operating system Android Kitkat is really good deal.