Xolo Q1200 listed on company’s official website along with a price tag of INR13,999. Xolo said that Xolo Q1200 will be listed at e-commerce website such as Amazon, Flipkart and Snapdeal from June, 10. The new Q-CORE series smartphone Xolo Q1200 comes with a unibody metallic design and has some smart software features like Gesture control, Voice recognition and dual window features. The Gesture control let you browse the pictures, change video and audio tracks on Xolo Q1200. You can wake up the screen of Xolo Q1200 by just double tapping on the screen. And Float task dual window feature let you pin apps to float task dual window. Voice recognition allows you to accept calls, snooze alarms. The Xolo Q1200 also comes with smart reading mode as well. 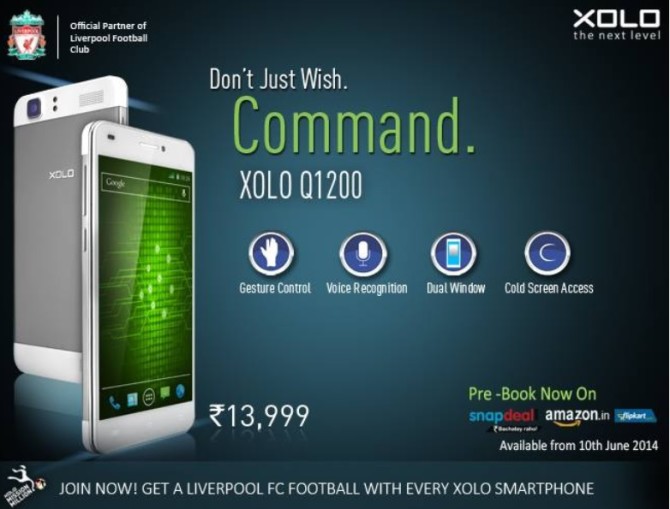 The smartphone is powered by a 1.3GHz quad core processor from MediaTek along with a Mali 400 GPU as well. There is 1GB of RAM on board. The smartphone comes with Android 4.2 Jelly Bean operating system installed out of the box, but Xolo promised to roll out guaranteed update of Android Kitkat 4.4 latest operating system.