ZTE has expanded its product portfolio with the launch of a new smartphone in China, called the ZTE Blade A1. Highlight of this phone is that despite its affordable price tag of CNY 599 (approximately Rs. 6,200), it sports a fingerprint sensor.

As for specifications, it is powered by a quad-core MediaTek MT6735 processor clocked at 1.3GHz paired with 2GB of RAM. The handset runs Android 5.1 Lollipop operating system wrapped under MiFavor 3.2 and features a 5-inch HD TFT display with resolution of 1280×720 pixels. 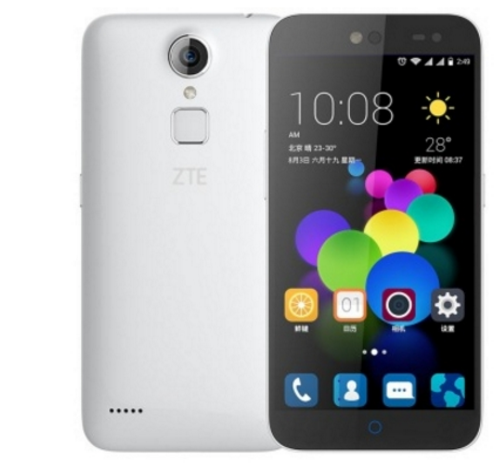 For photography lovers, it comes with a great camera combination. There is a 13 mega pixel camera with LED flash on the rear and an 8 mega pixel camera on the front for capturing selfies and making video calls. The phone houses 16GB of internal memory which can be expanded up to 128GB via microSD card. Backed up by a 2800mAh battery, it is claimed to deliver up to 22 hours of talk time and up to 330 hours of standby time. It measures 142×70.2×8.9 mm, weighs 137 grams and will be available in Smart White, Dream Green, Vibrant Yellow, Cool Blue and Space Grey color options.

Specifications & Features Of ZTE Blade A1

The ZTE Blade A1 is priced at CNY 599 (approximately Rs. 6,200) and will go on sale in China starting December 11, 2015 via jd.com. There is no word on whether the company plans to launch the device in the Indian market or not.